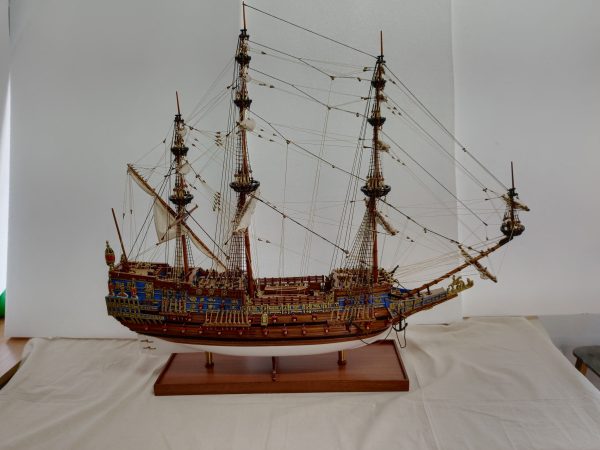 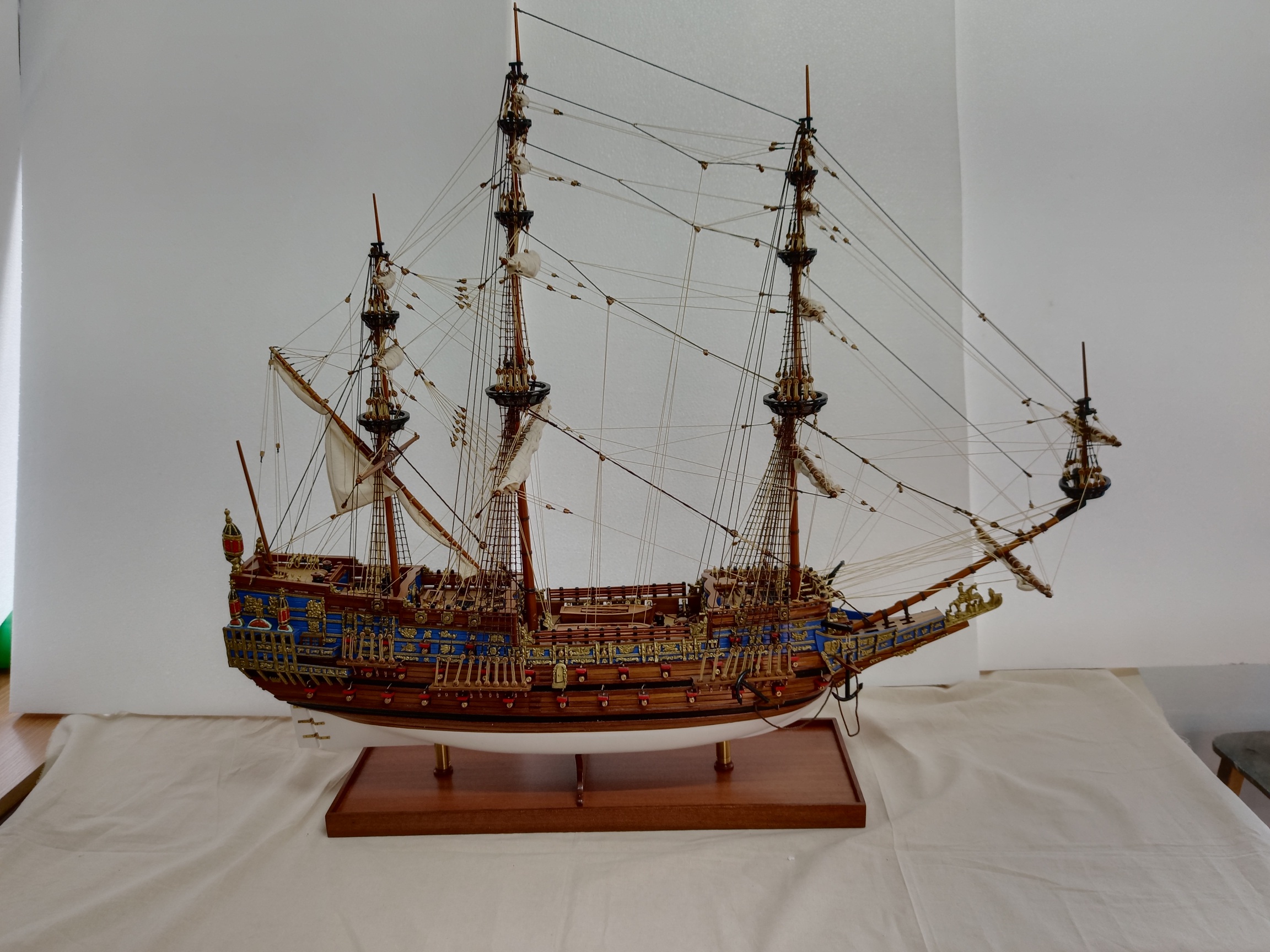 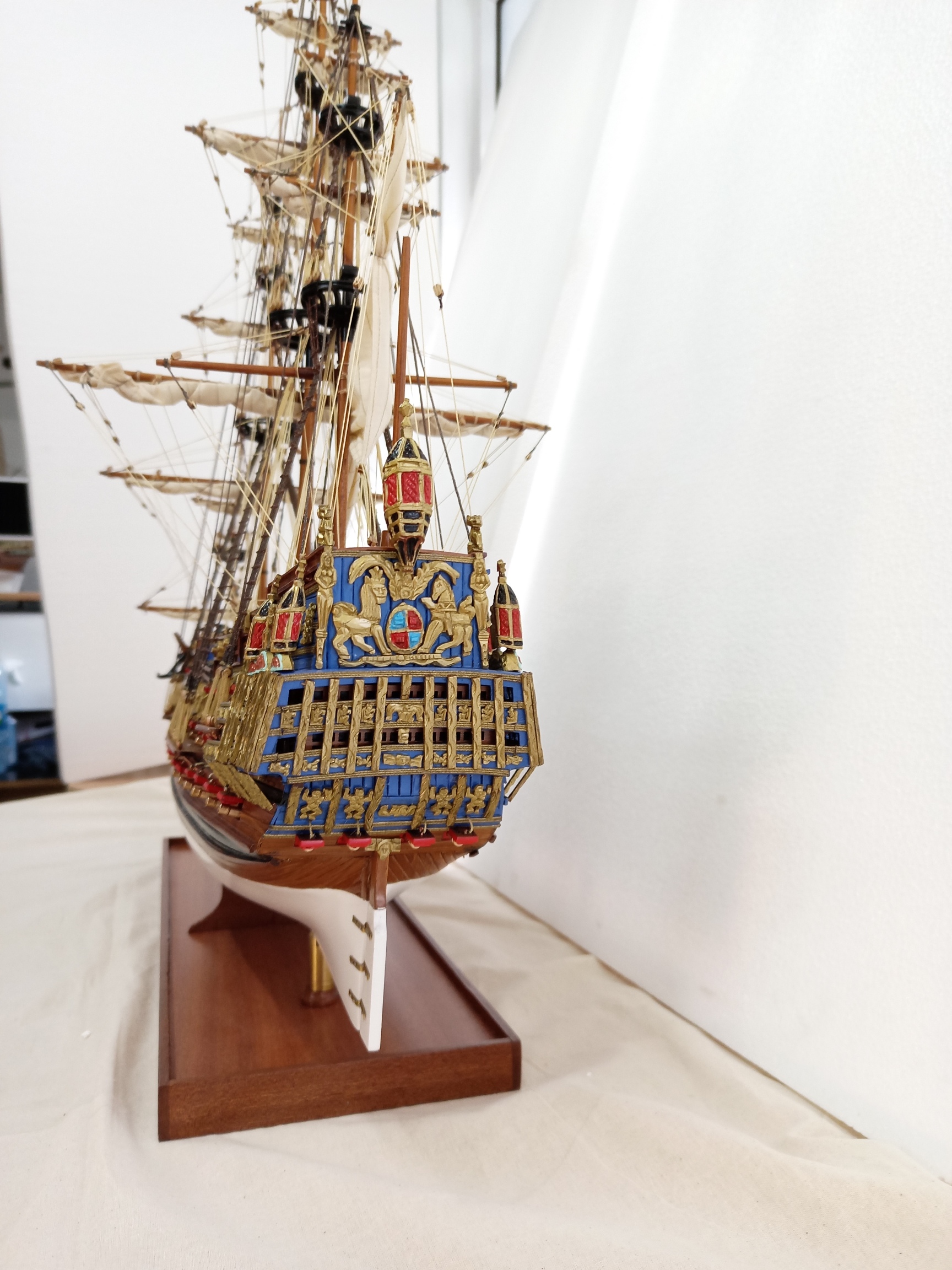 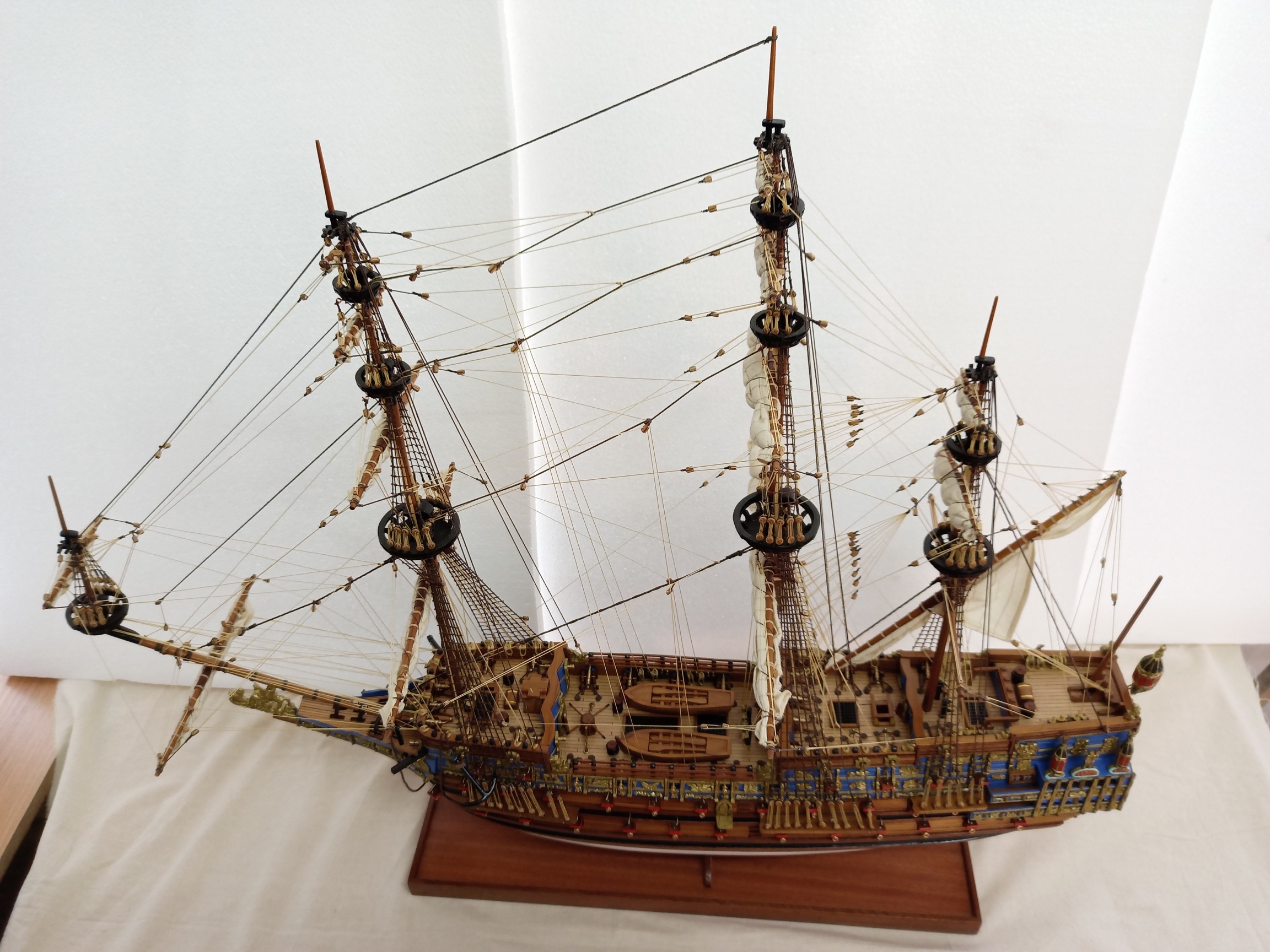 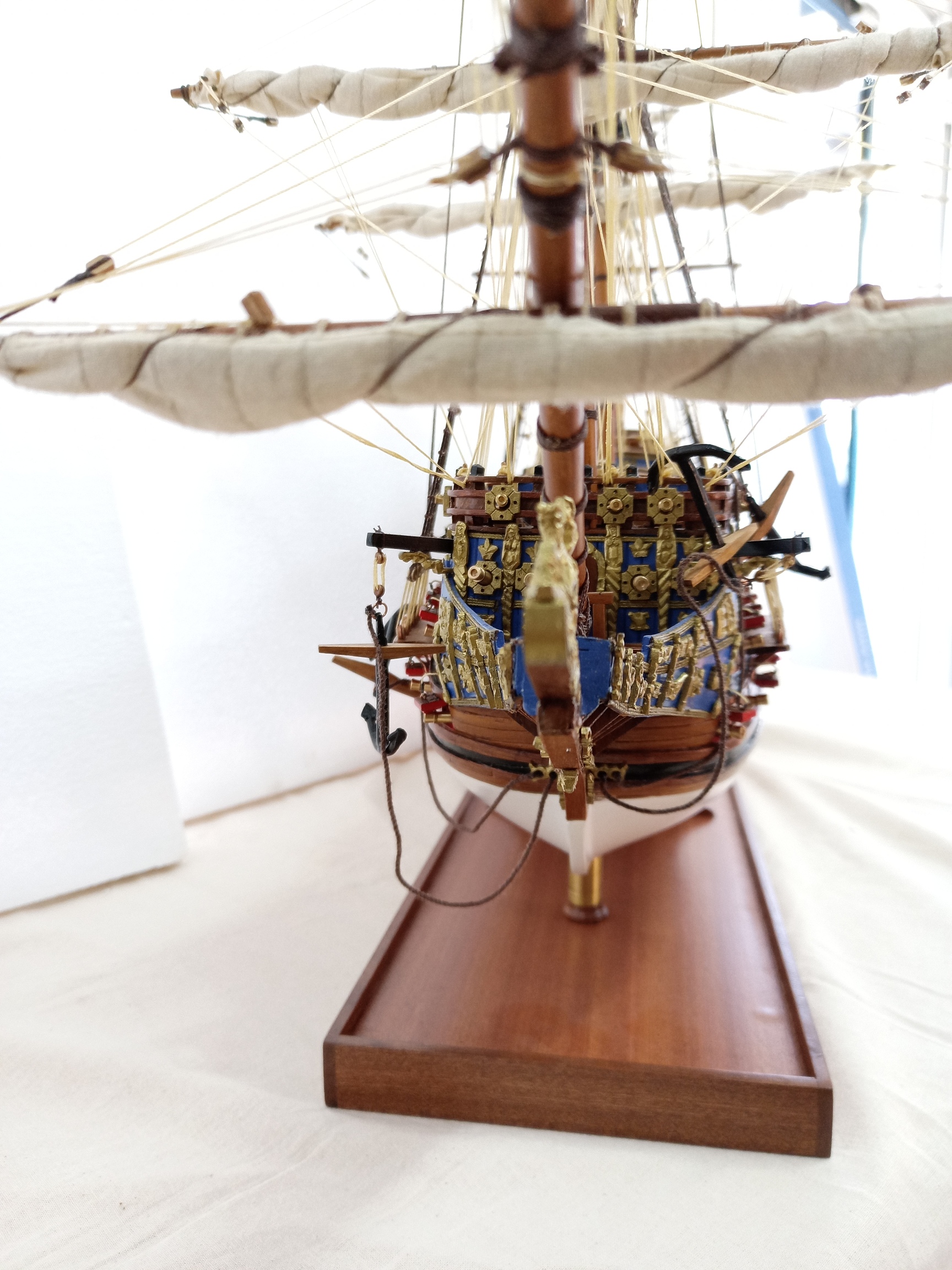 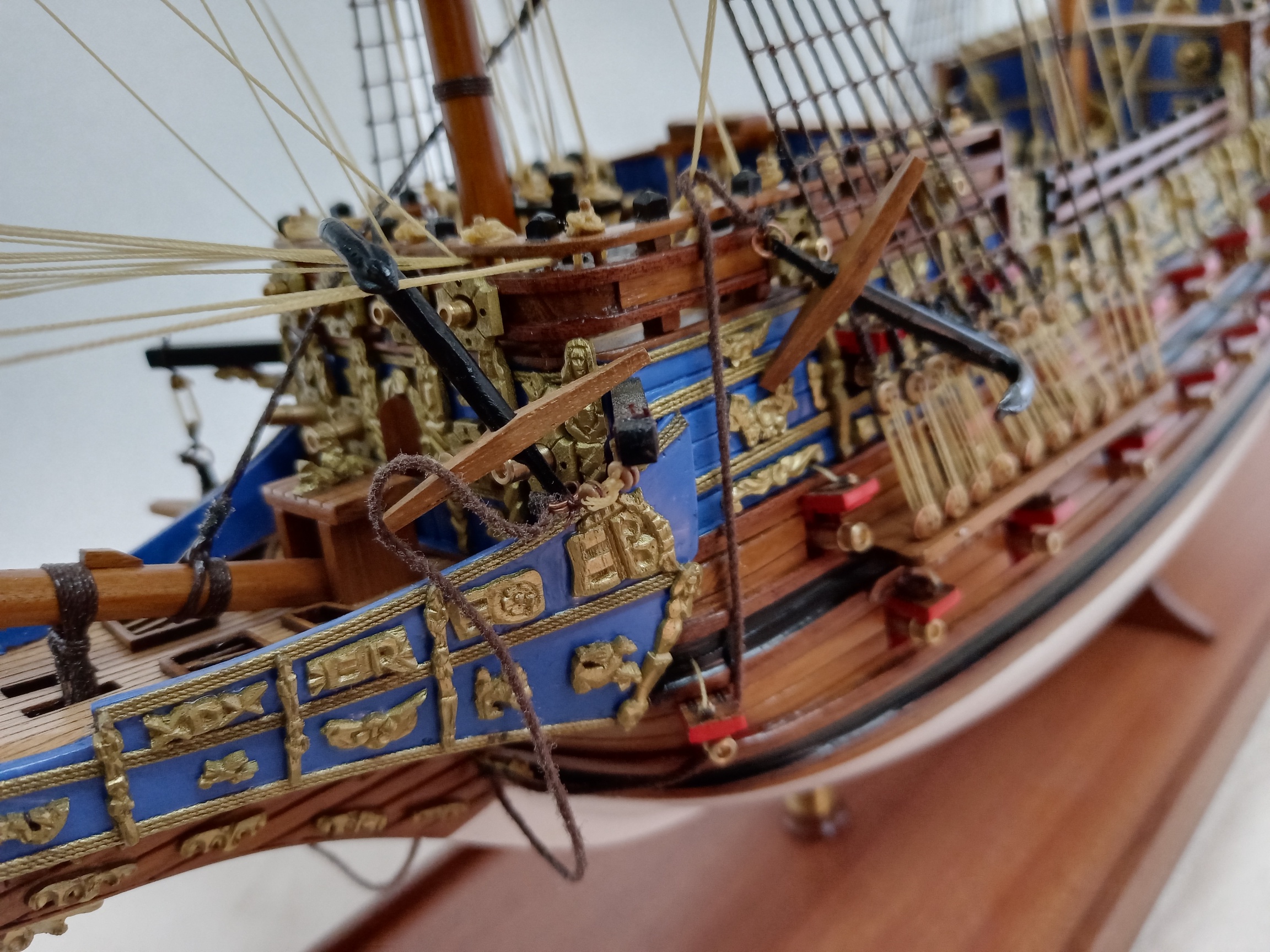 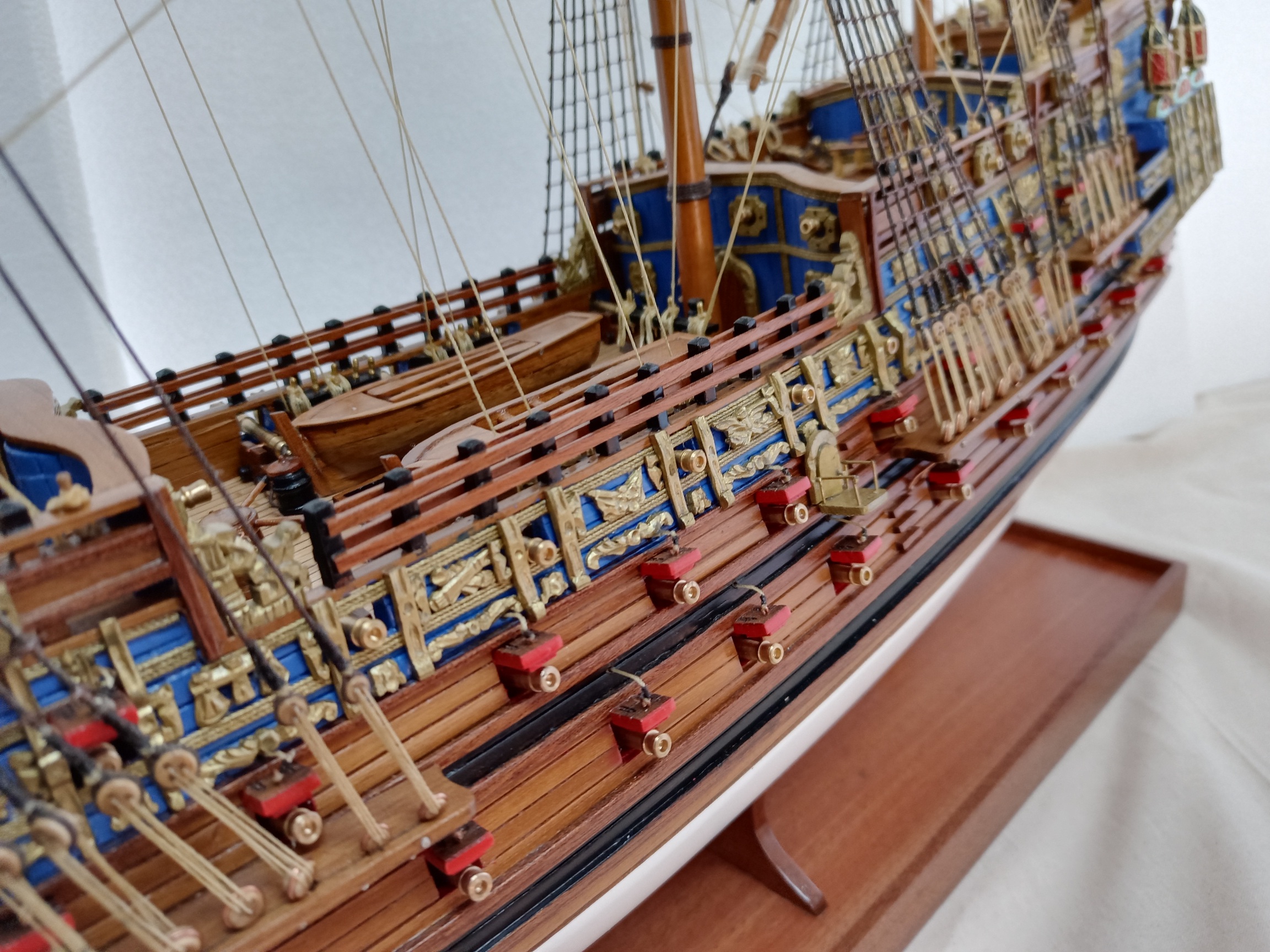 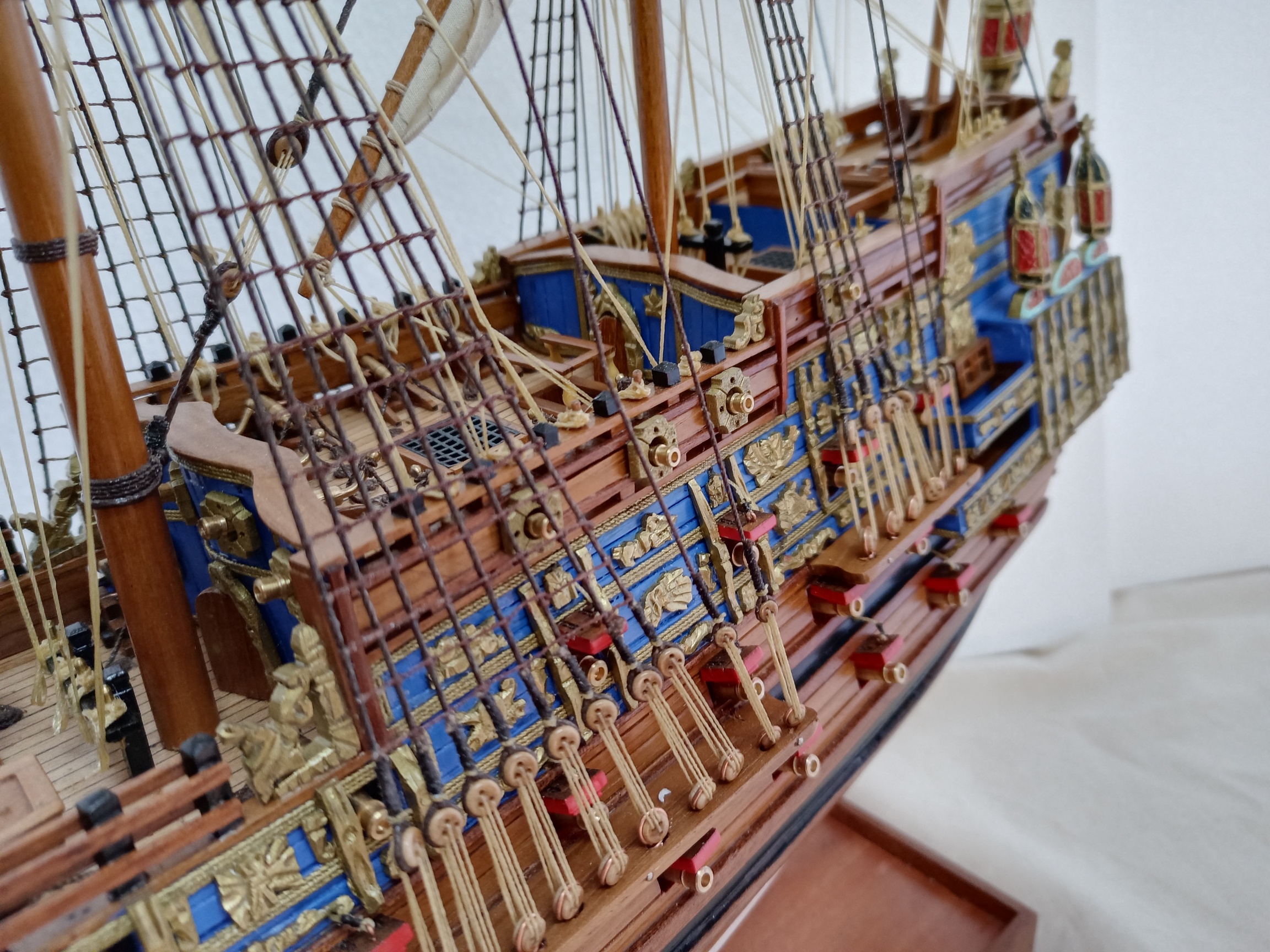 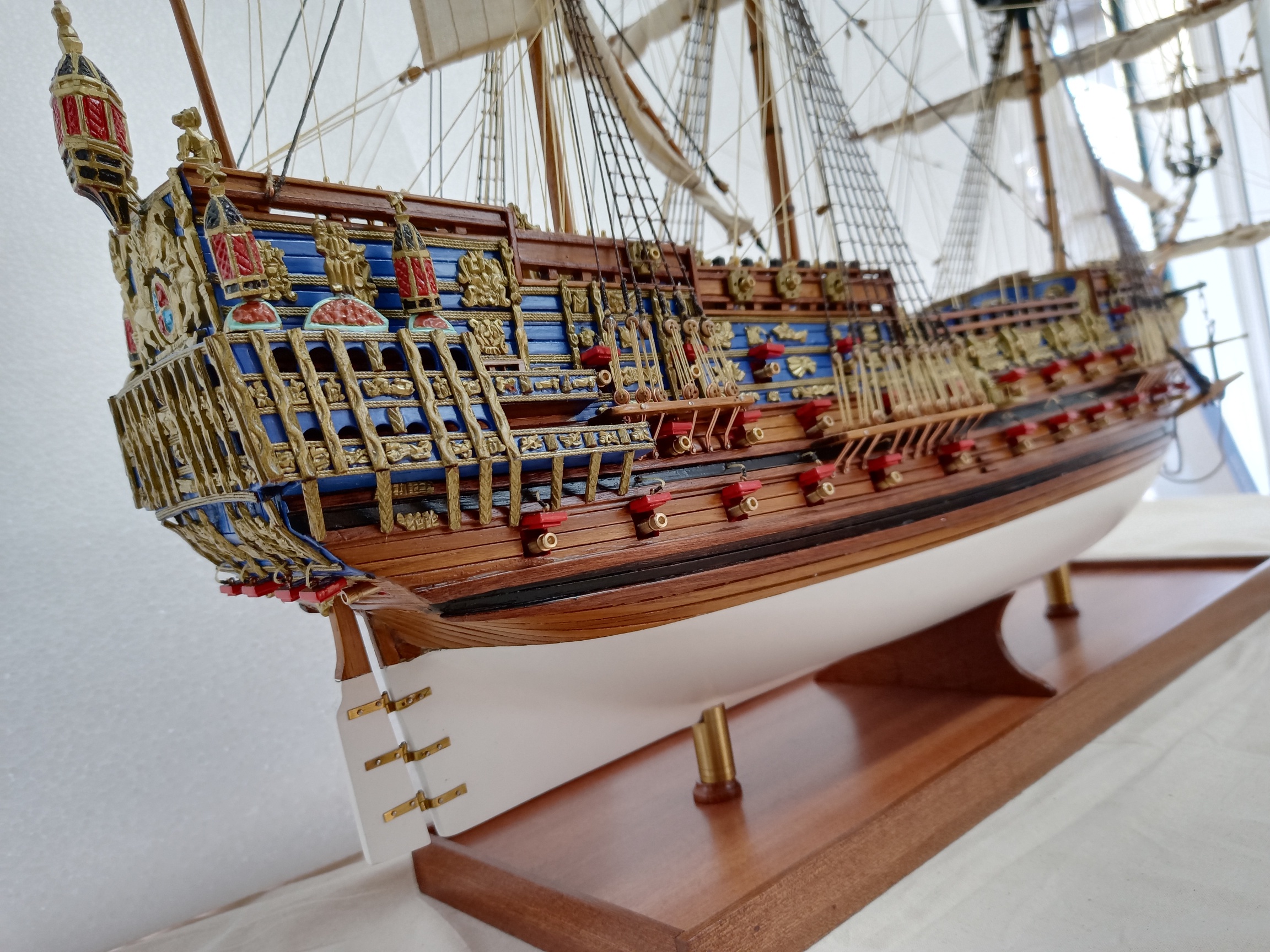 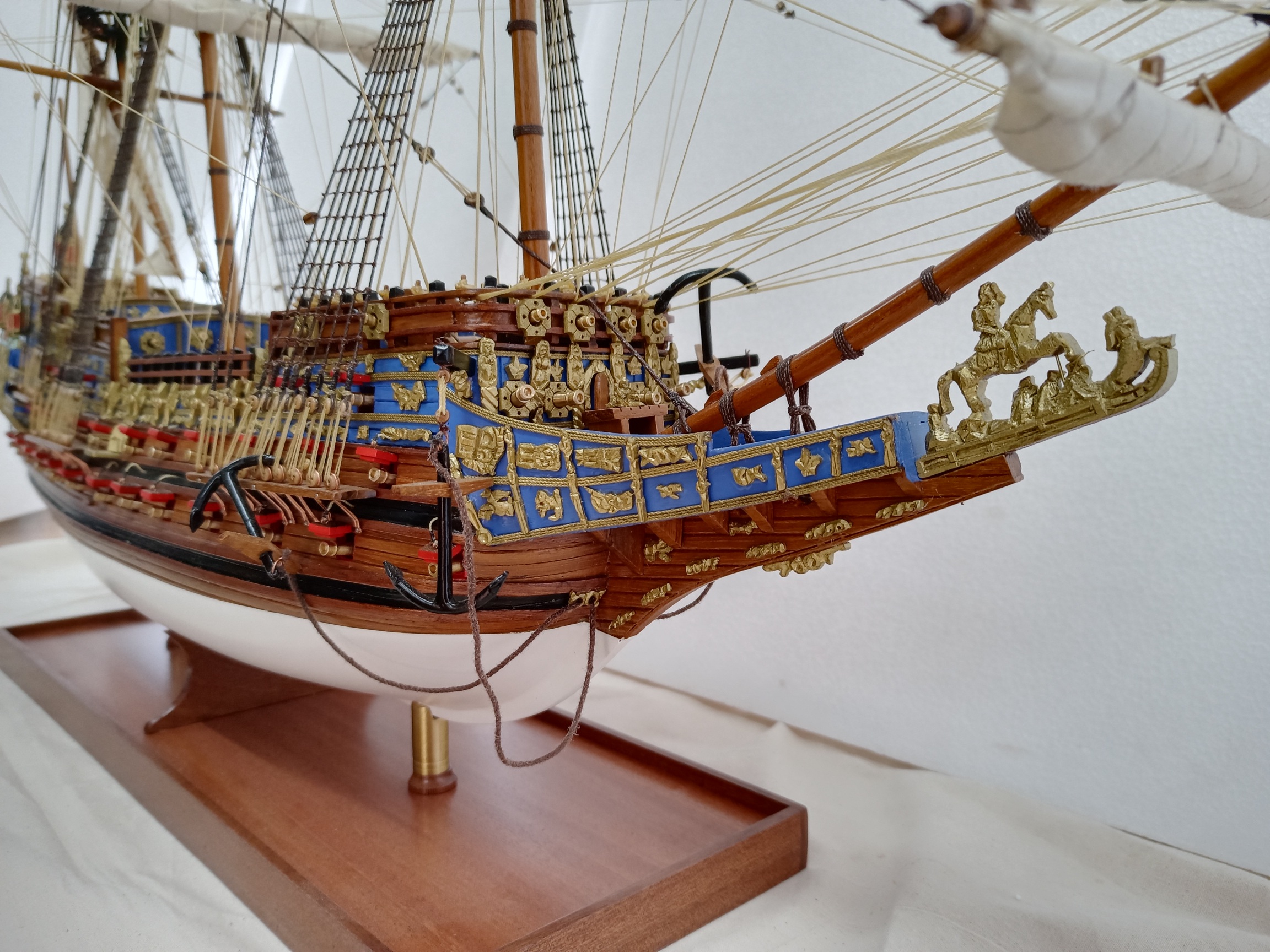 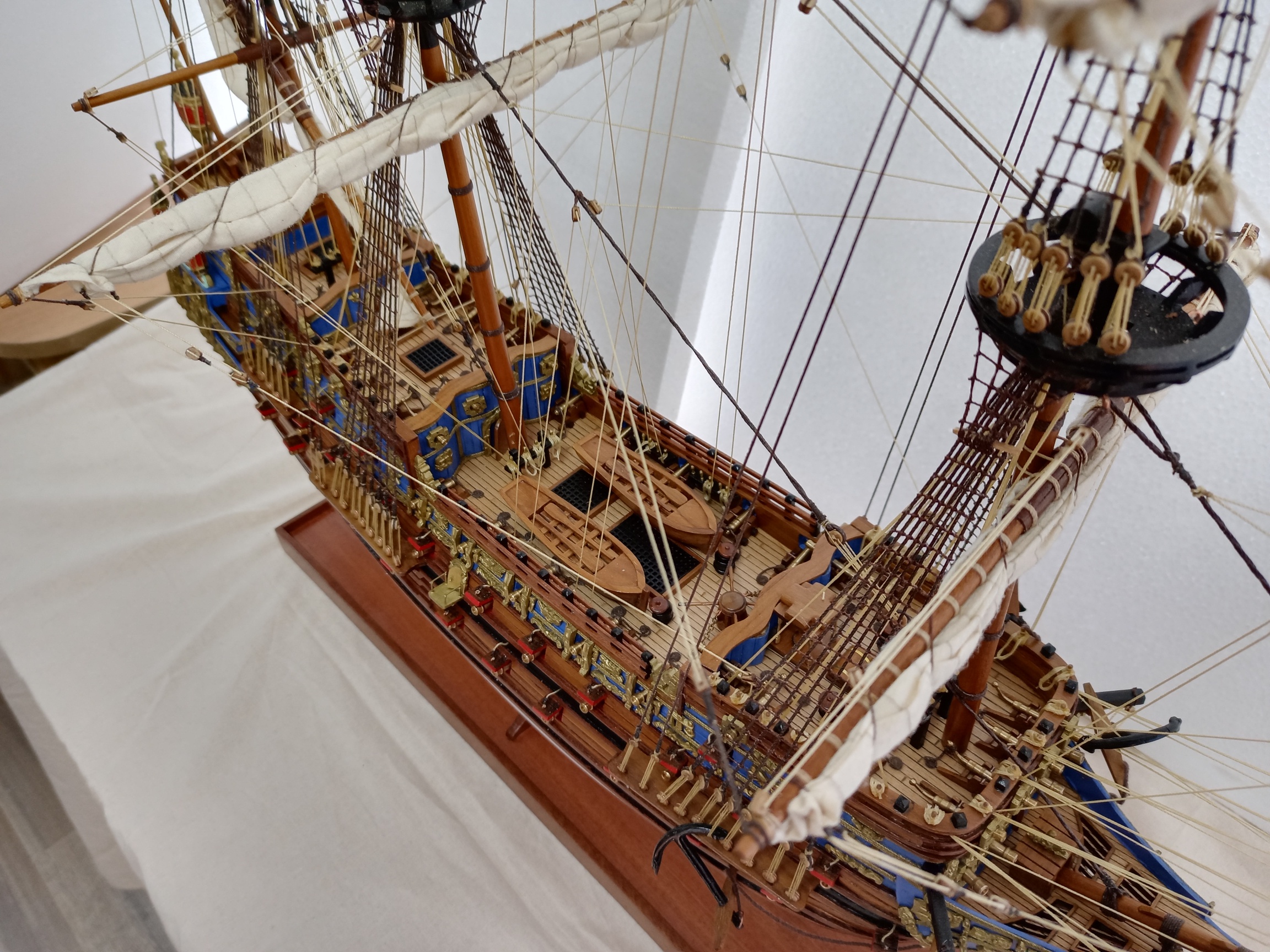 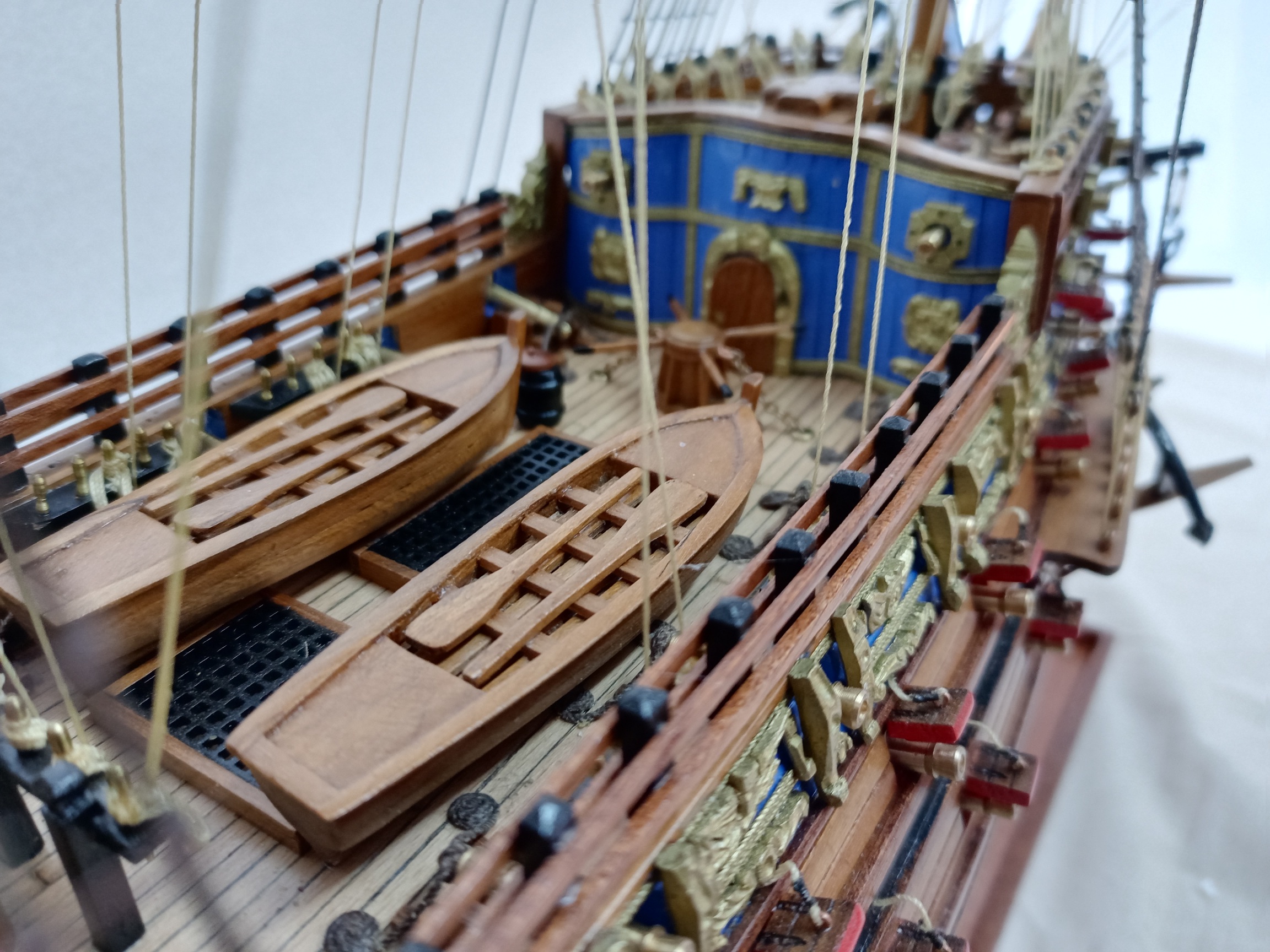 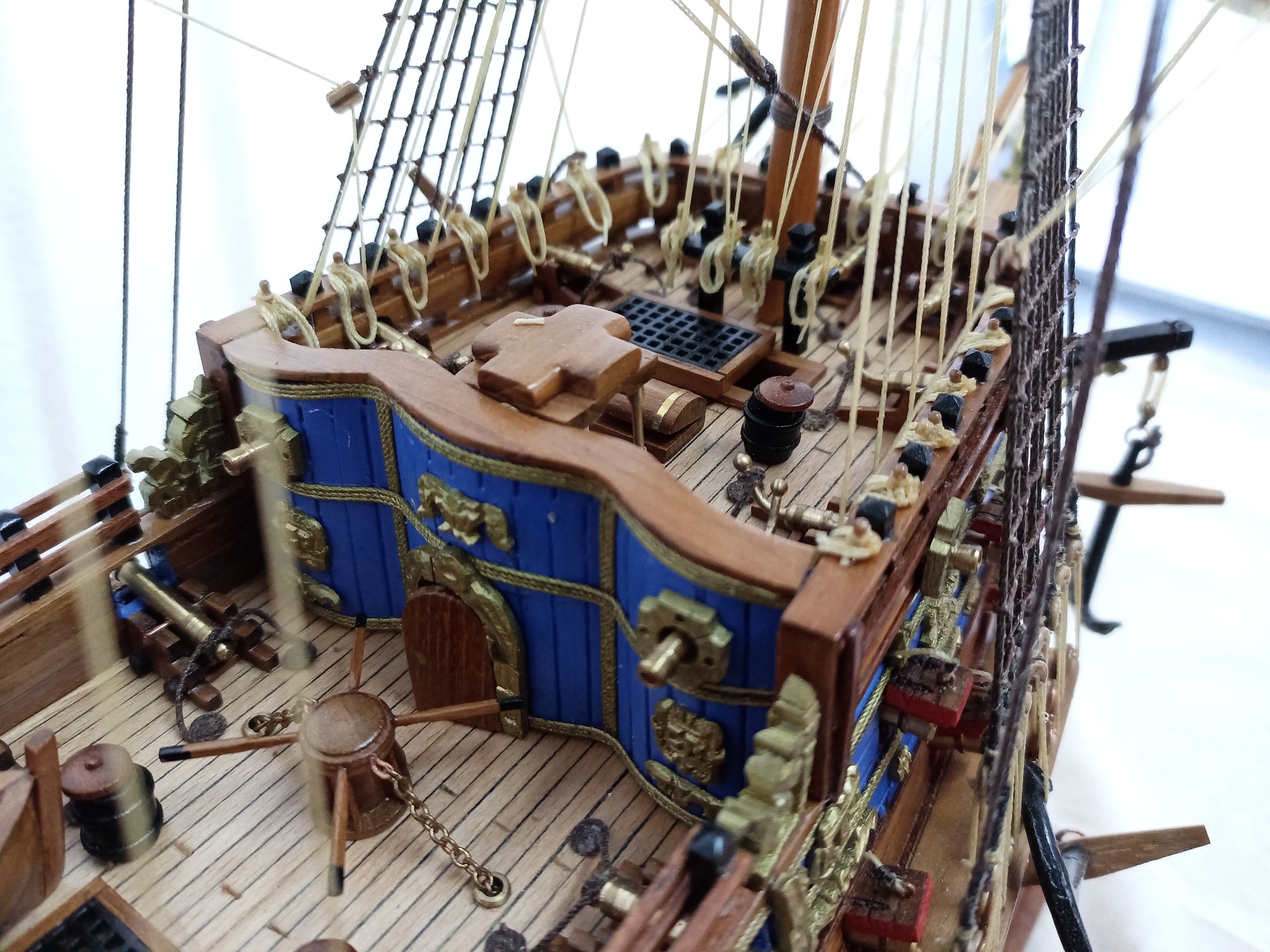 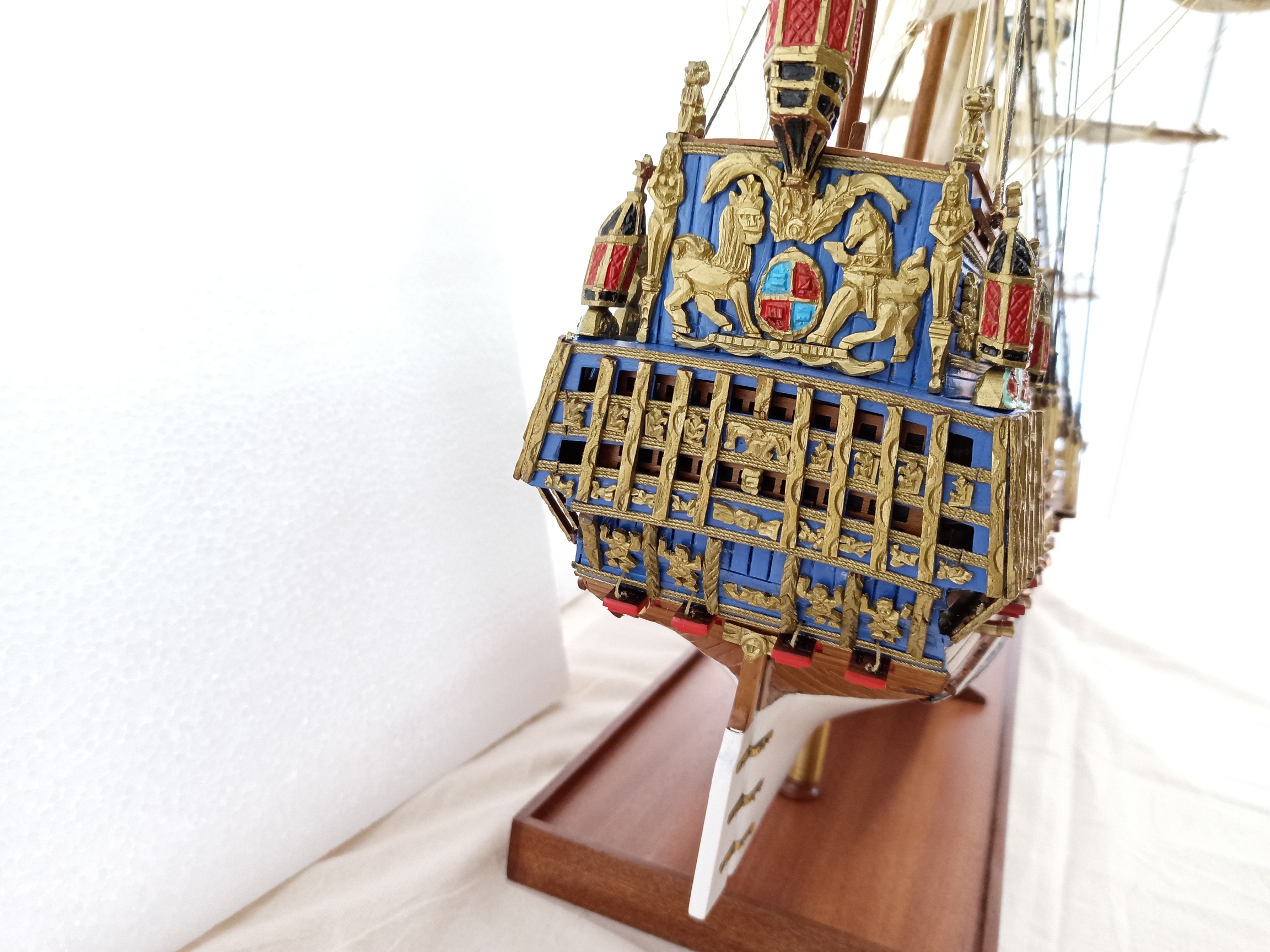 Sovereign of the Seas Model Ship

The excess in building this ship was paid for with heavy taxes levied on the people of England. This excess was emblematic of King Charles I and it resulted in Charles being overthrown and executed a mere 15 years after this ship was completed.

View photographs and read what other customers have to say about the quality of our products. Read the product specifications and look at the pictures to compare models and prices to help you select the right model ship.

In 1634, the ill-fated monarch Charles I informed the great English shipbuilder Phineas Pett of his princely resolution for the building of a great new ship as part of his overall effort to improve and expand the English Navy. England enemies and concerns were many and included the Dutch, her most serious rival in overseas trade, France, Spain and North African corsairs preying on her vessels.

Built at a cost of 65,586, about ten 40-gun ships could have been built for that amount; Sovereign of the Seas was intended as a propaganda as well as war. The Royal Navys most lavishly ornamented vessel, her decorations wee carved by the brothers John and Mathias Christmas and described in a book by Thomas Heywood. In fact, the ship-money tax levied by Charles for his Naval program was much resented by his faithful and loving subjects, and is one of the excesses that led to his overthrow and execution in 1649.

Under Oliver Cromwells Commonwealth, the ship was renamed Sovereign, and following the restoration of Charles II in 1660; she was rebuilt and renamed Royal Sovereign. During the Anglo-Dutch wars, she was action at the battle of Kentish Knock in 1652, Orfordness (1666), Solebay (1672), Schoonveld (1673), and the Texel (1673). After a rebuild in 1685, she was at Beachy Head (1690) and Barfleur (1692). Eleven years later, a misplaced candle set the ship on fire and she burned at Chatham.