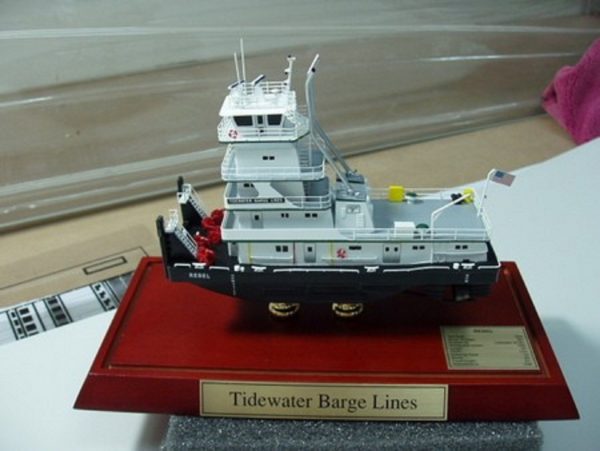 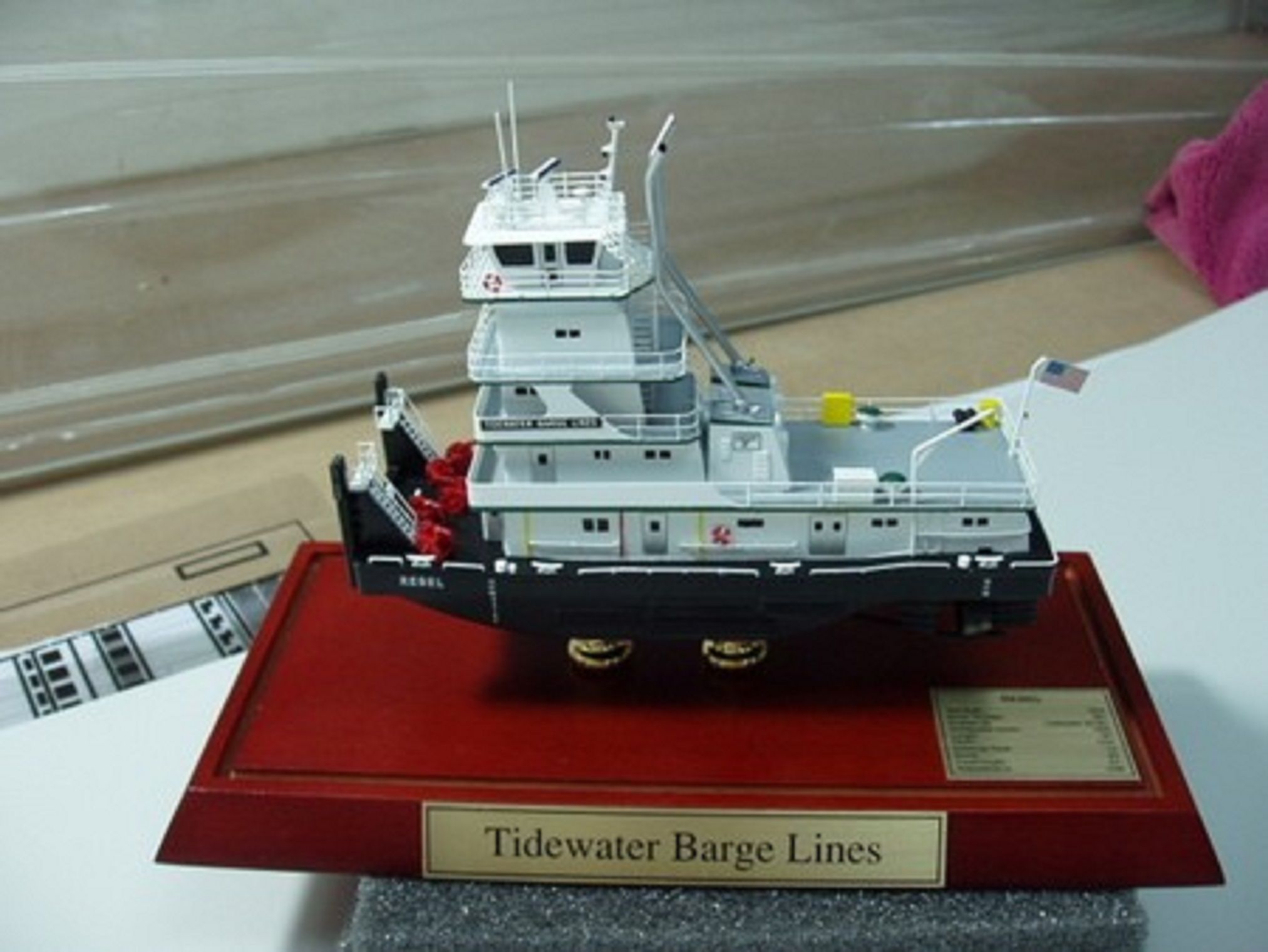 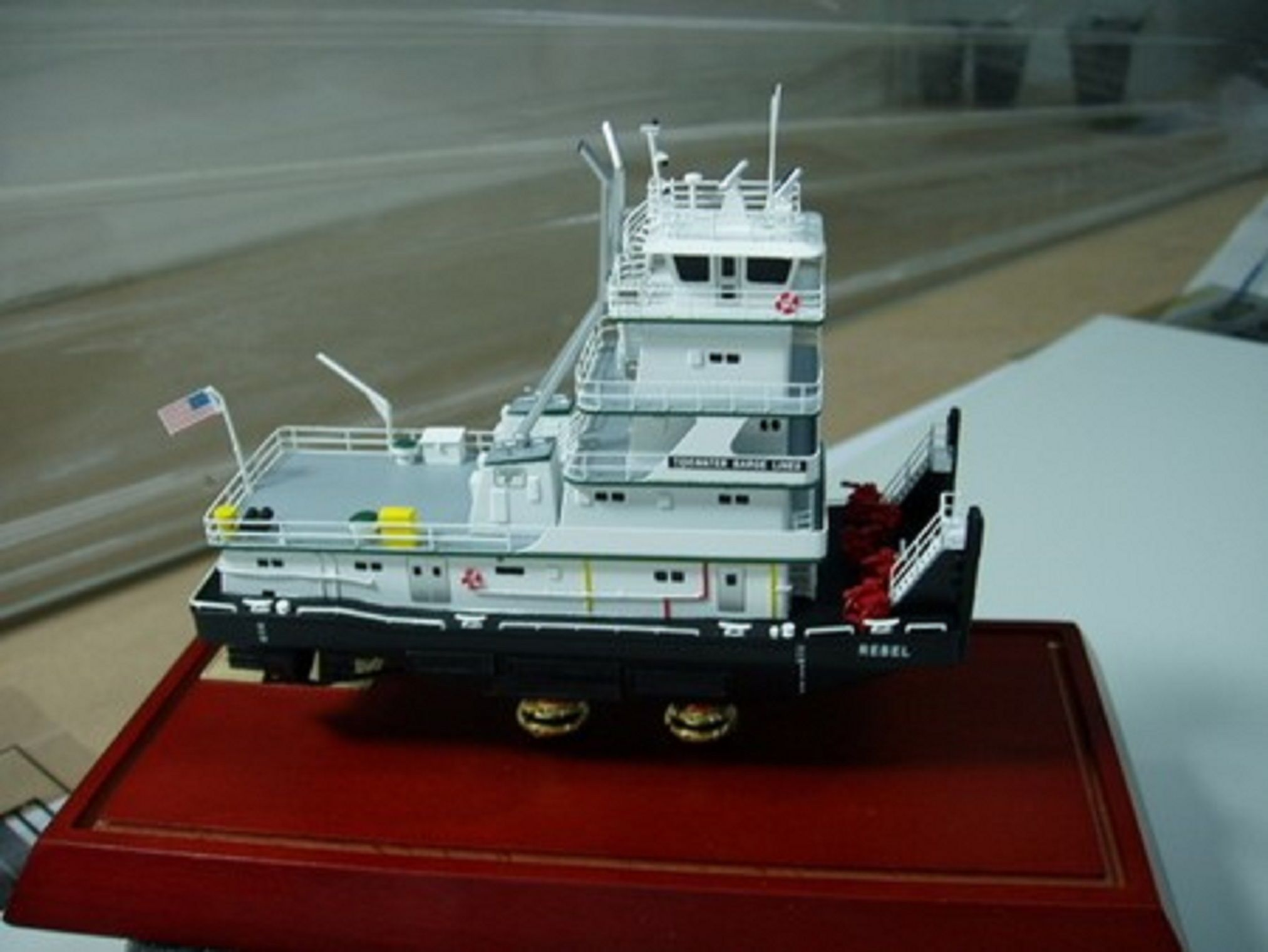 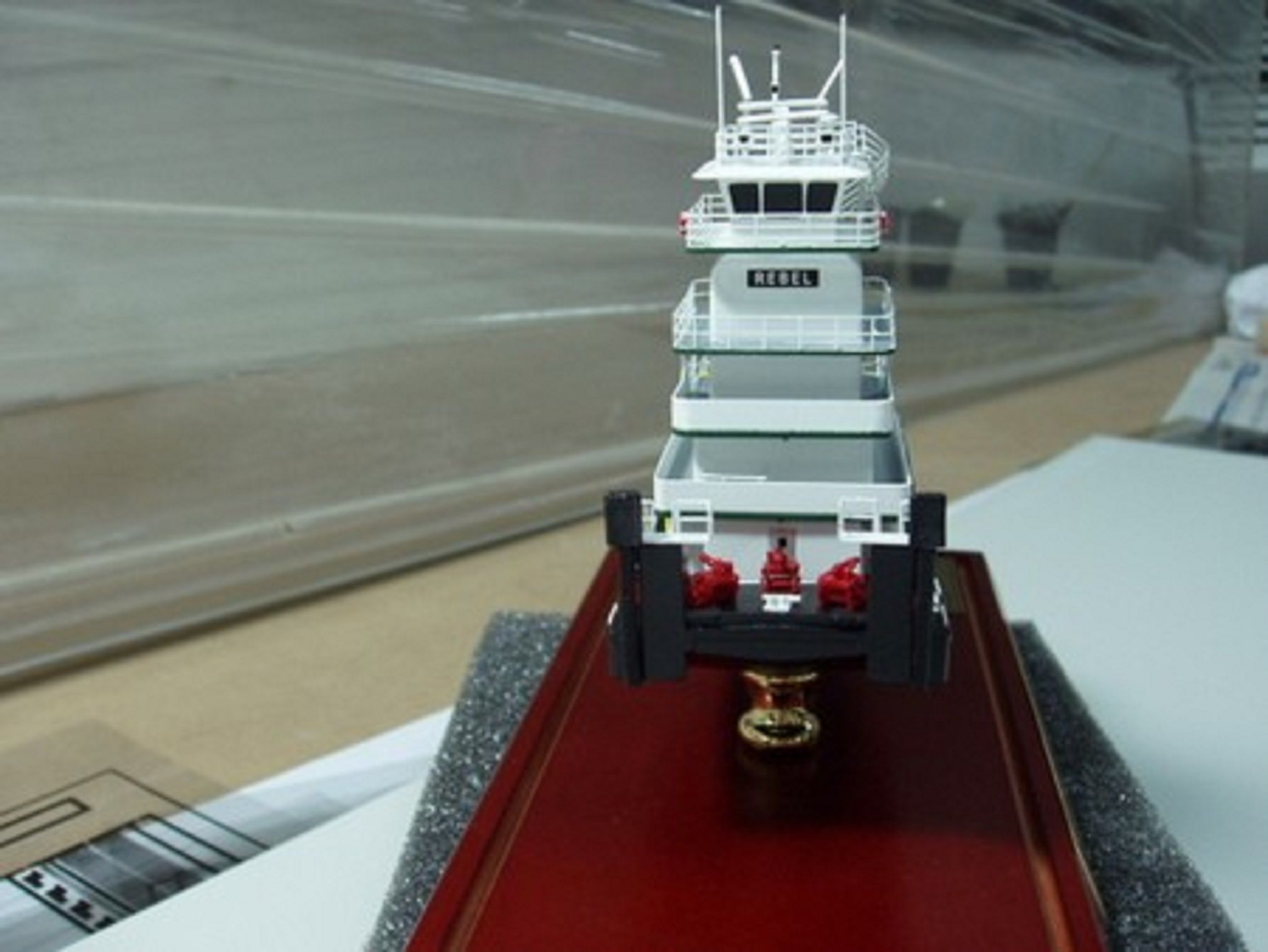 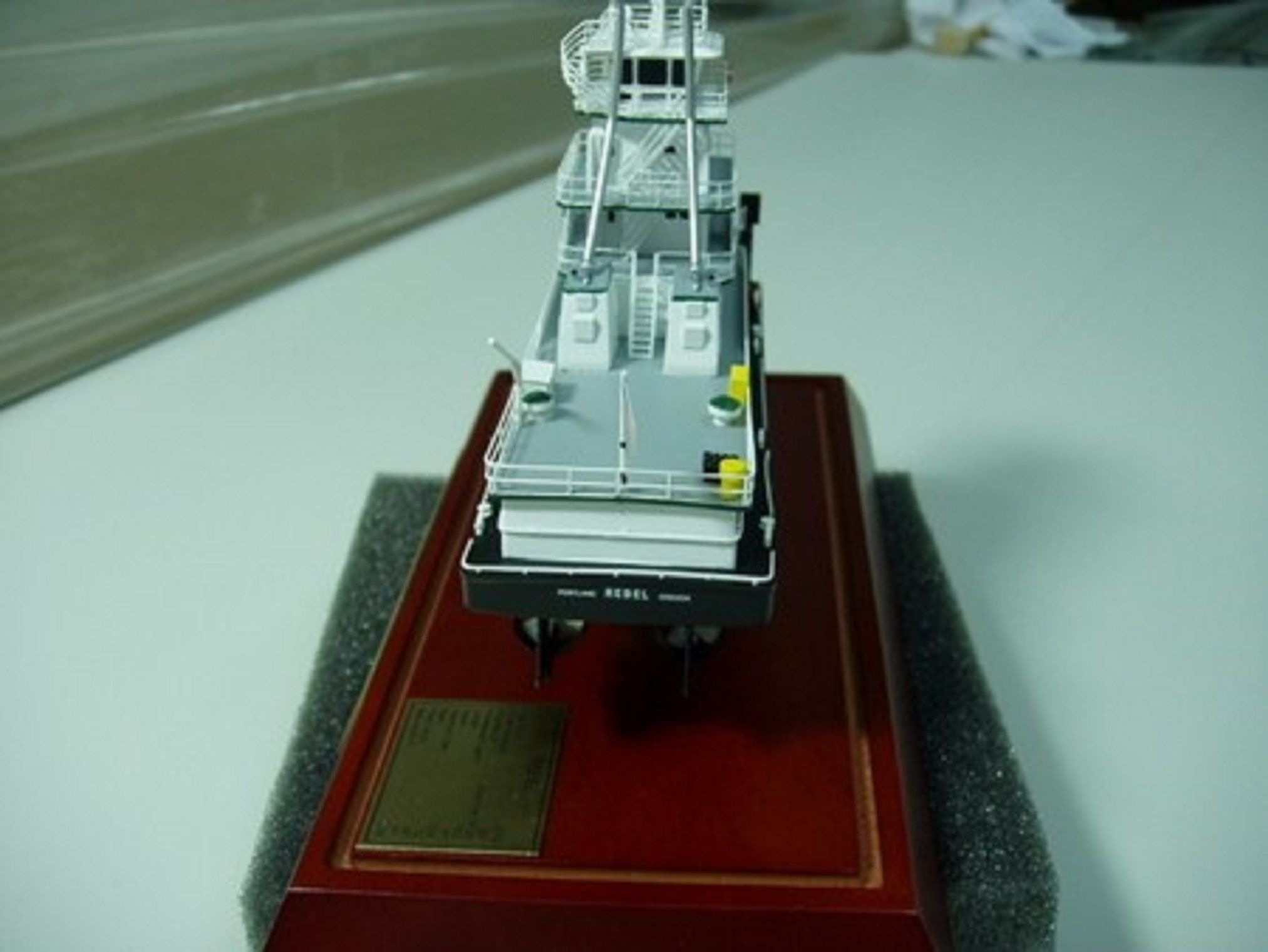 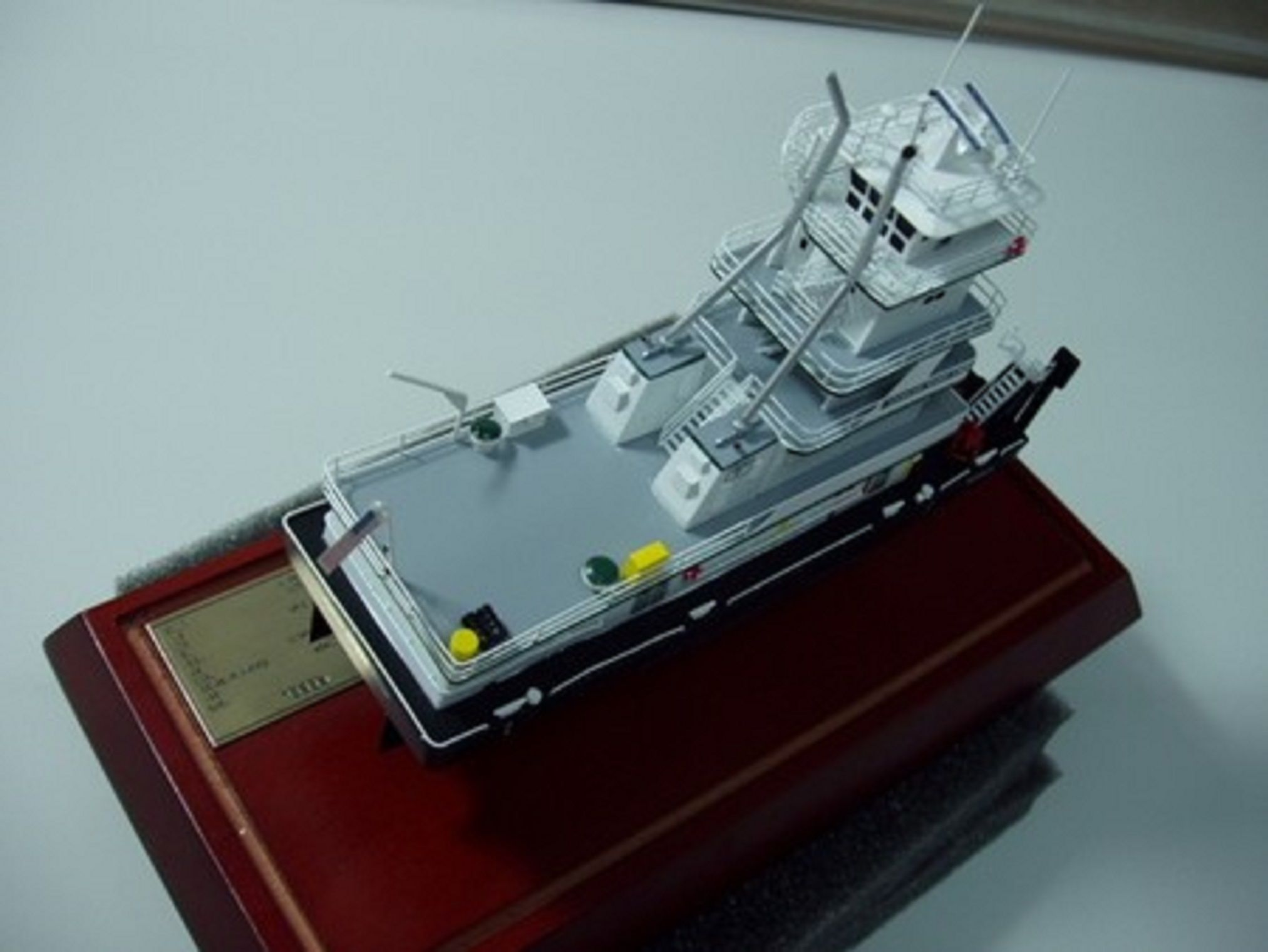 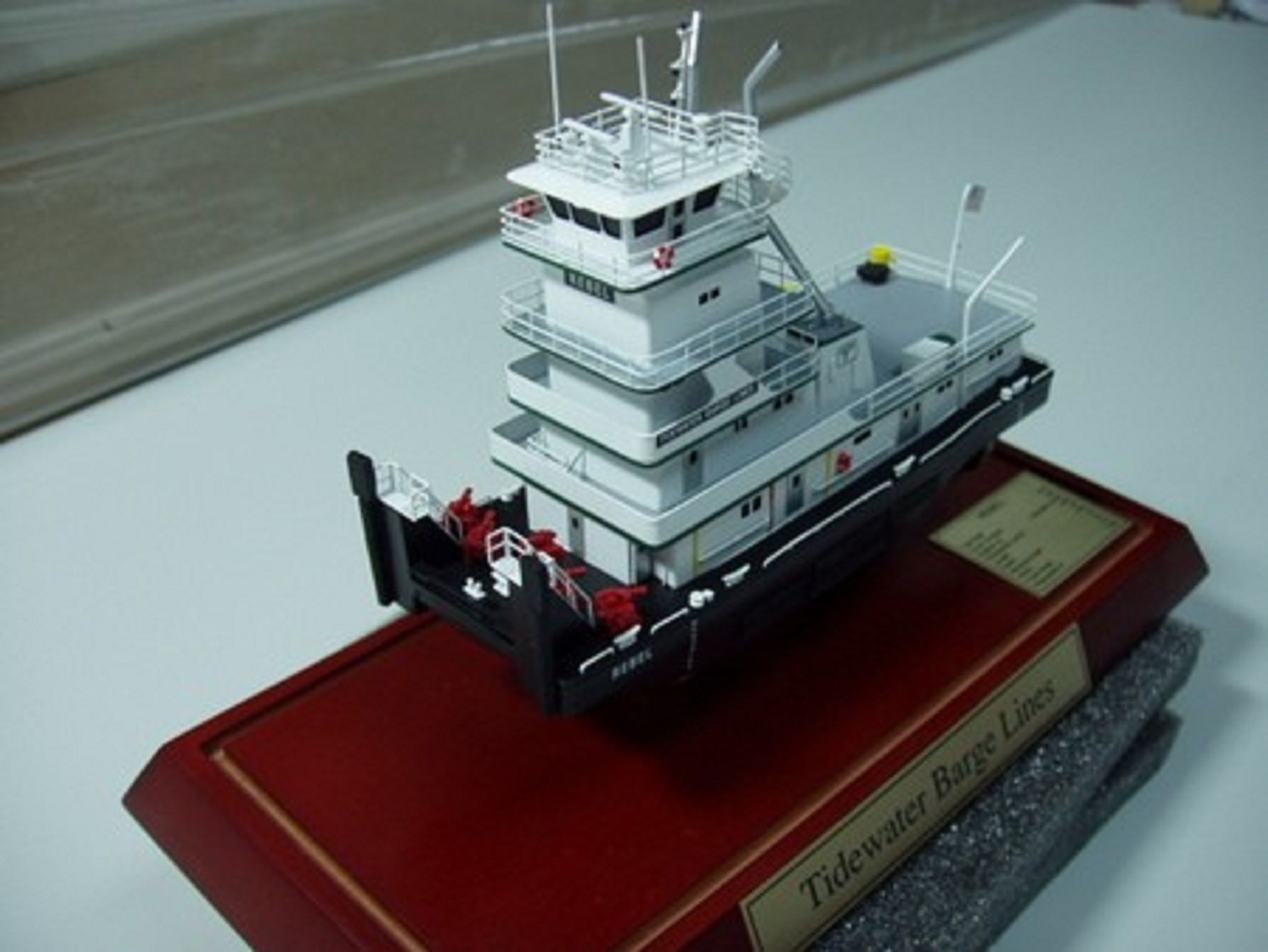 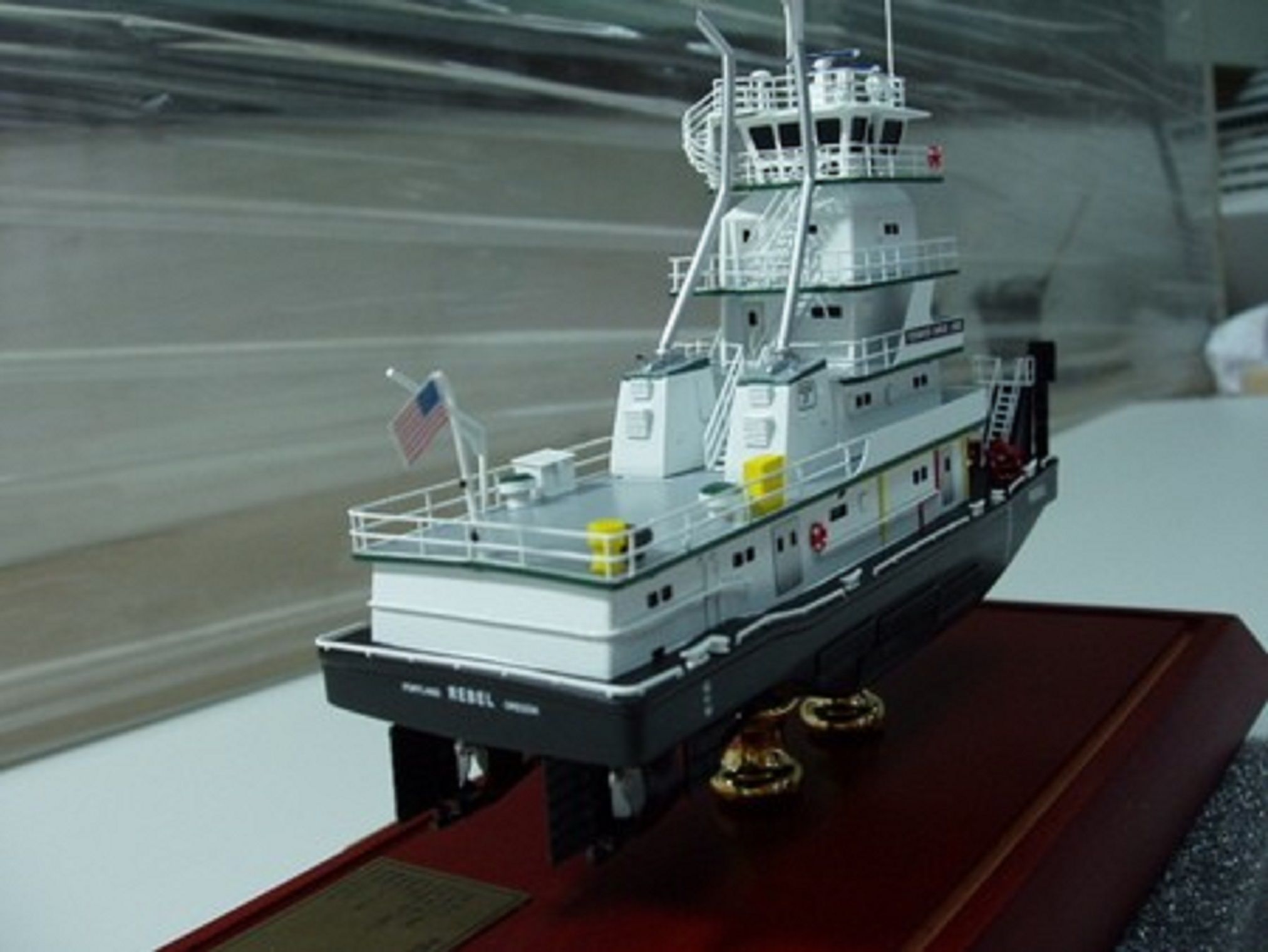 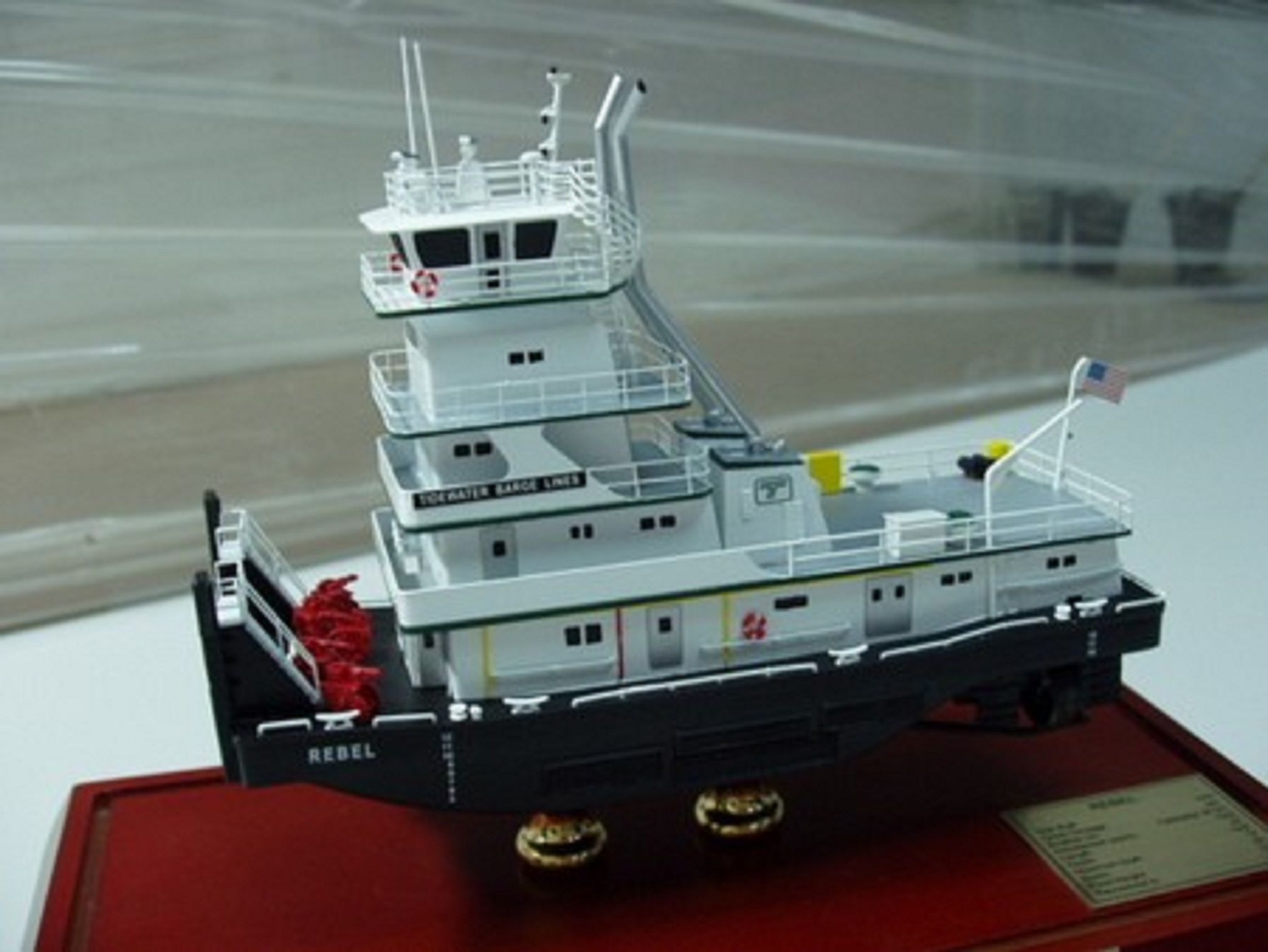 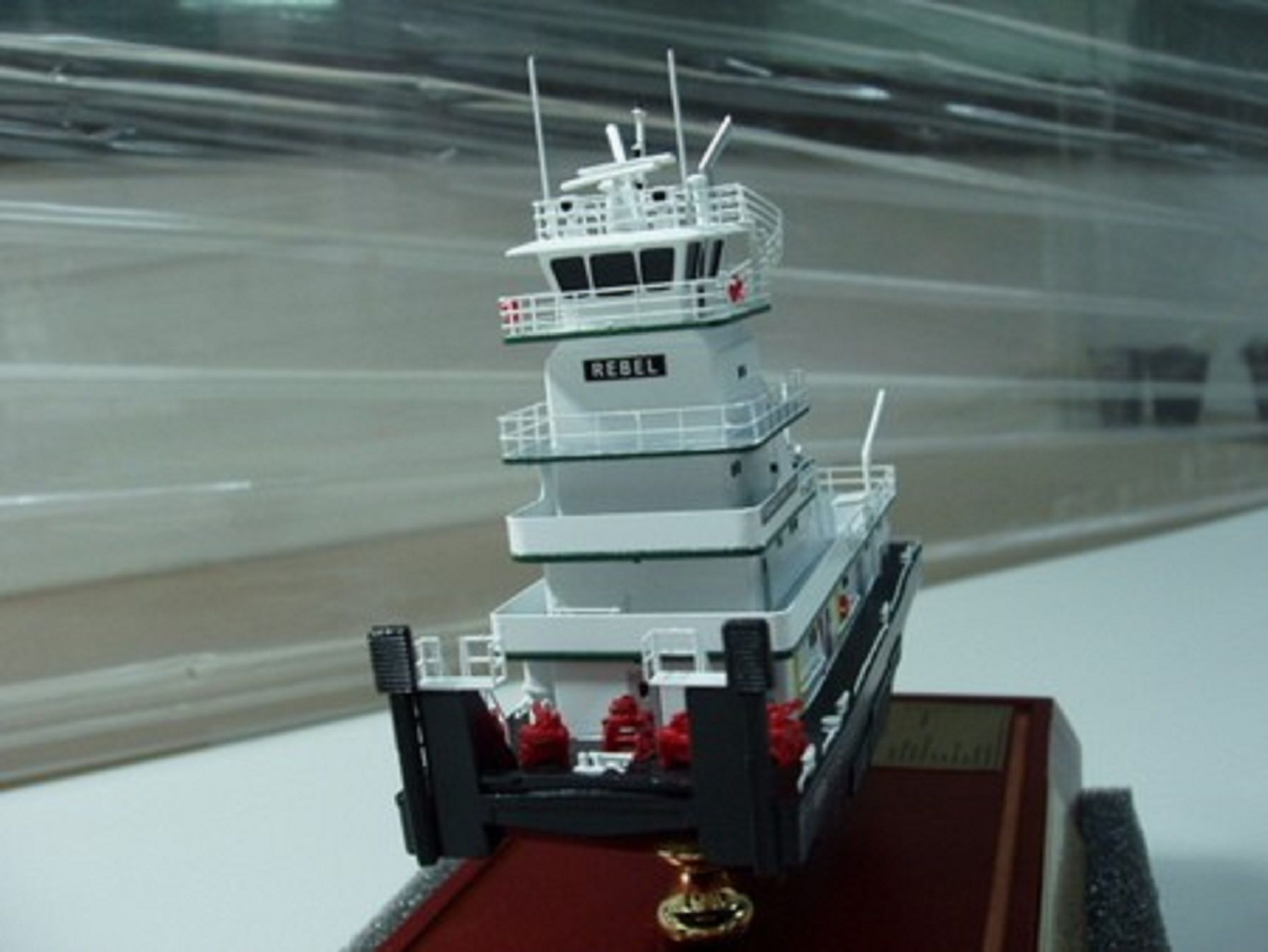 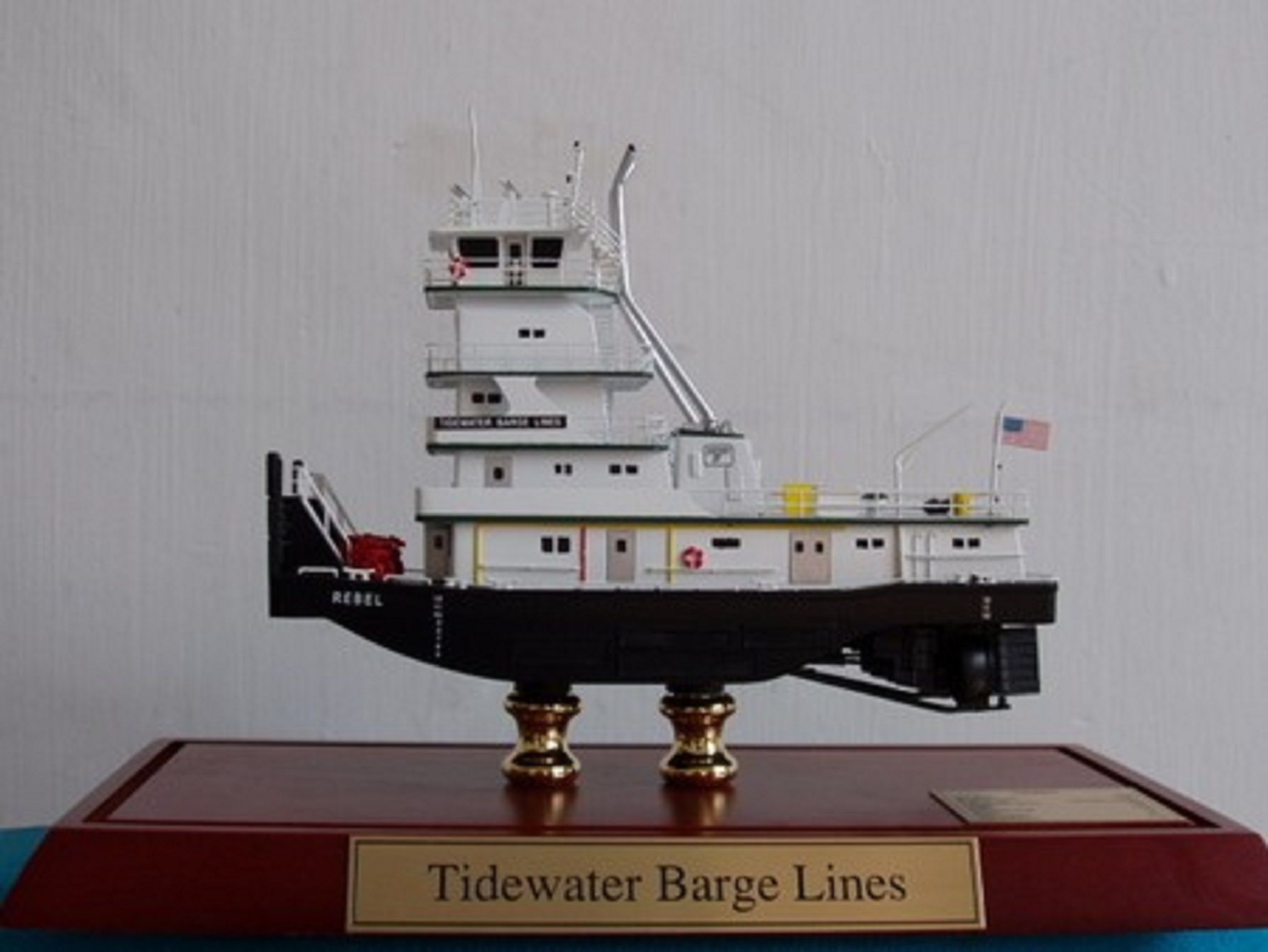 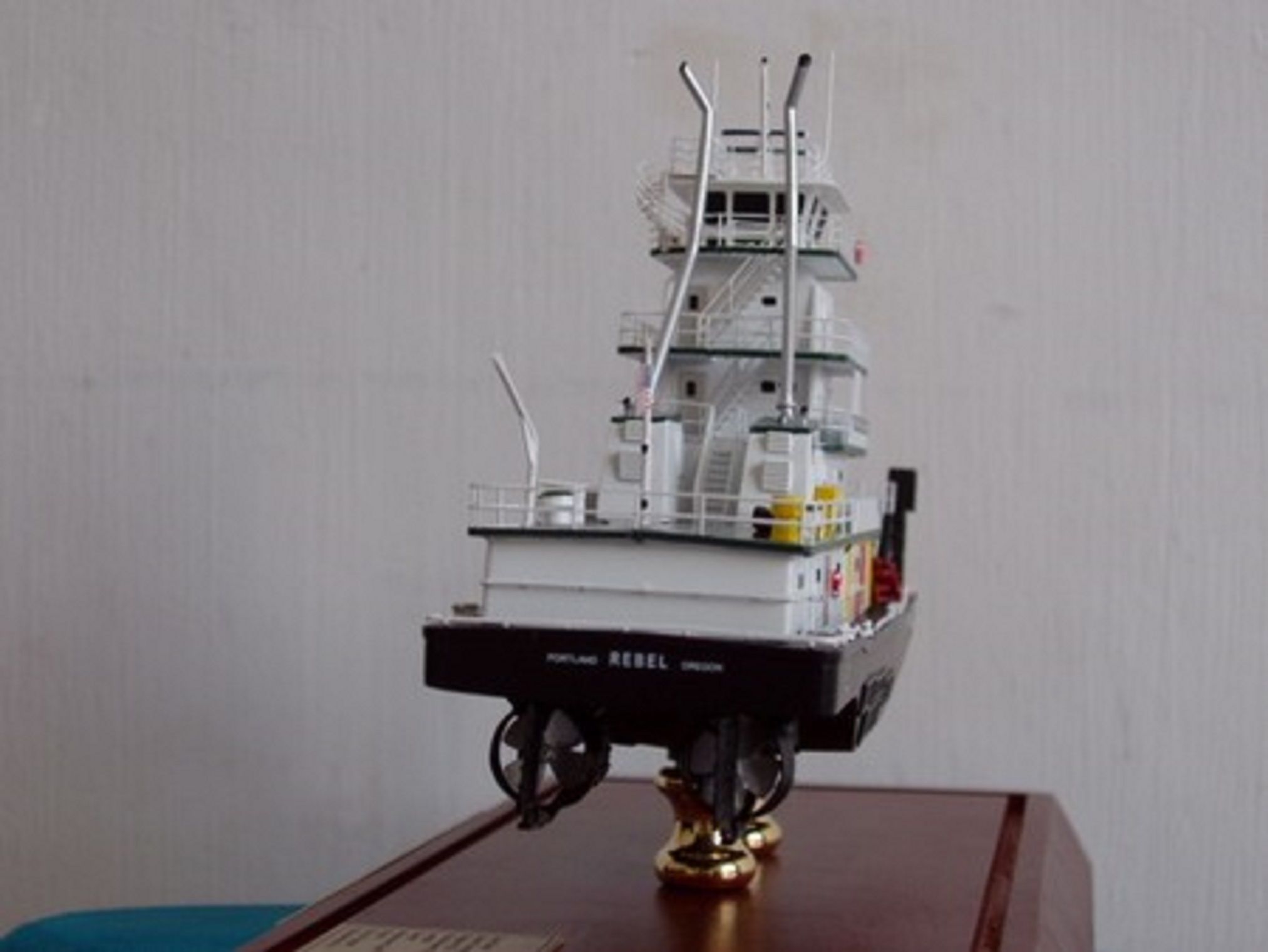 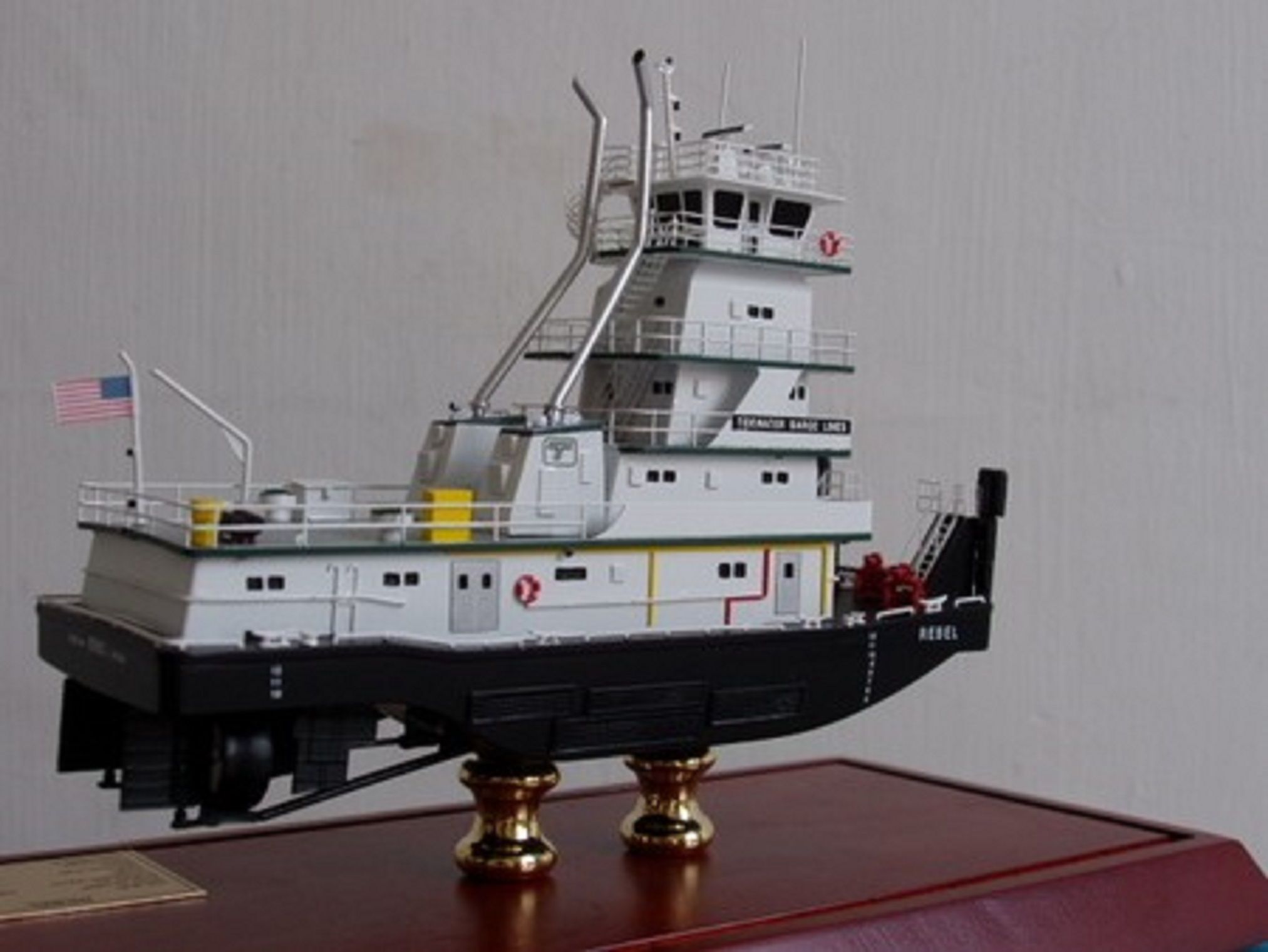 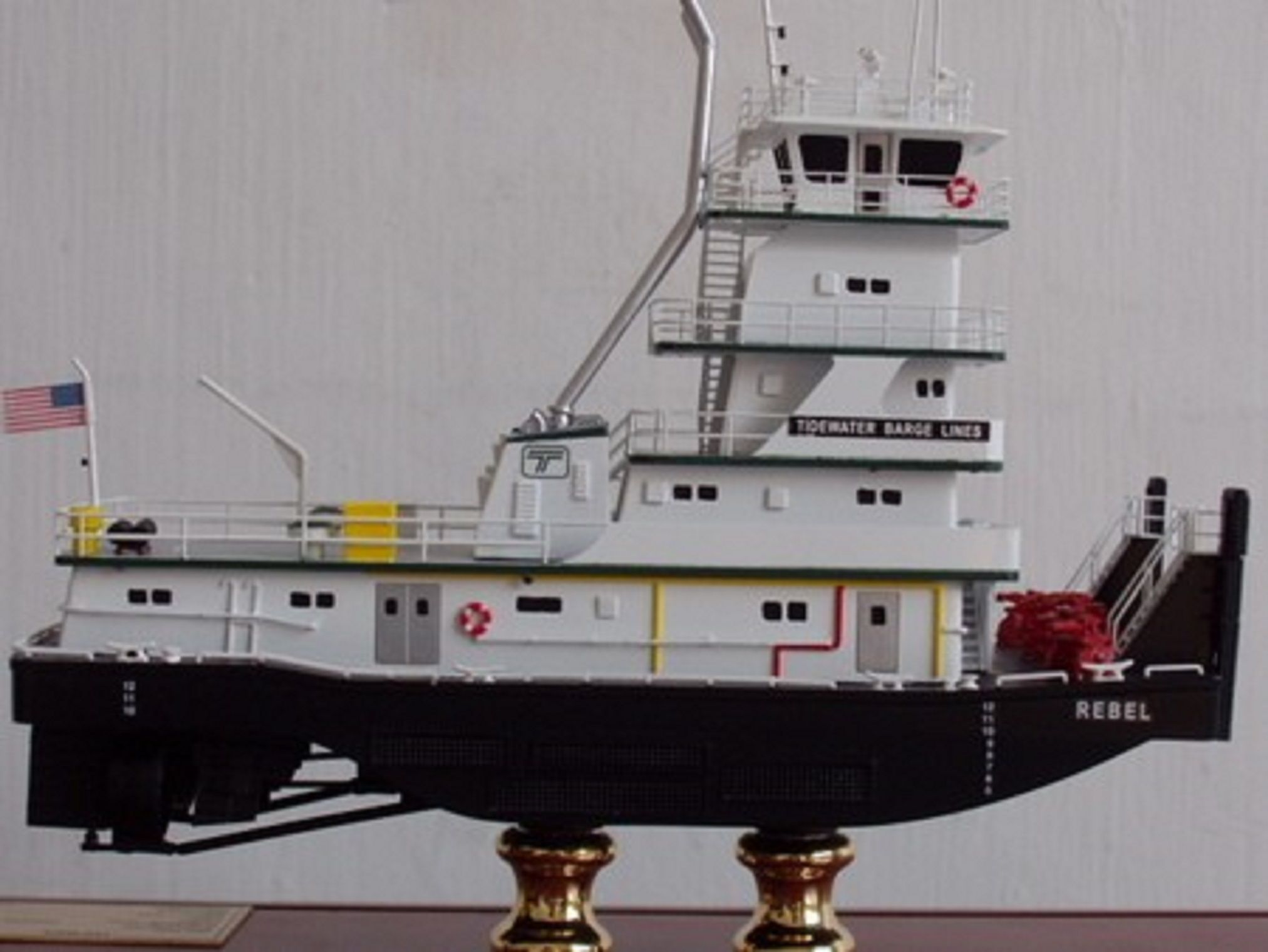 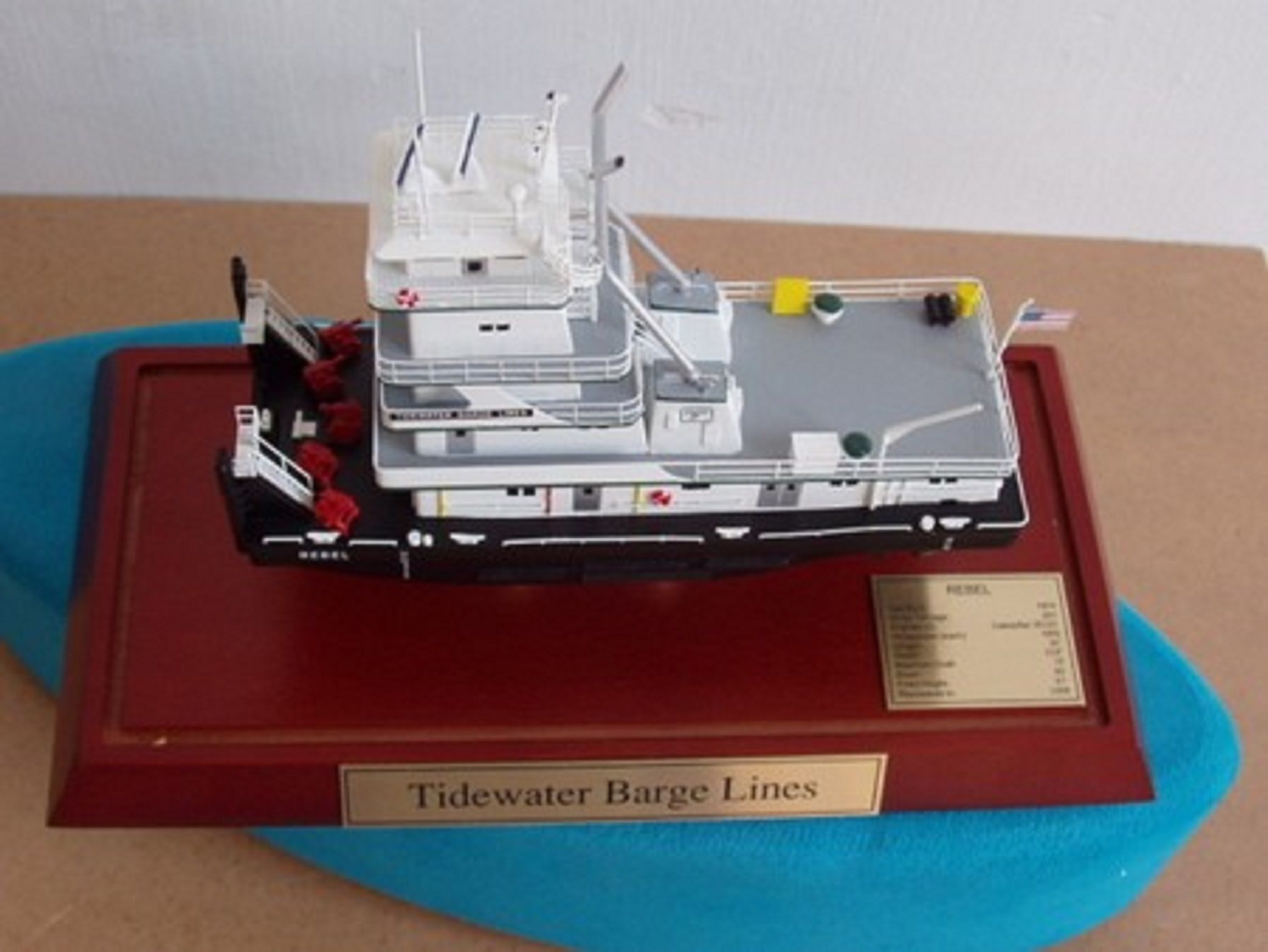 Tidewater Tugboat is of many exceptional Custom made ships offered by Premier Ship Models from the large assortment of vessels available on our website. This ship model is a perfect replica of the Tidewater Tugboat containing all the design features of the original vessel, paying extra attention to every detail.

Tidewater Tugboats started its existence in 1942 when the Tidewater-Shaver Transportation Company was established to become a full-fledged, independent tug and barge Transportation Company under the name of Tidewater Barge Lines in 1960. Tillamook was Tidewater’s first ocean-going tugboat, which was constructed under supervision of Ray Hackney who later became a president of the company.

The company’s most famous tugboats added from 1974 to 1996 were Captain Bob, Defiance, Invader, Maverick or Tidewater and grain/petroleum barges such as Glenn, Atlas or Pioneer. To widen the already large fleet of tugboats and barges, Tidewater decided to acquire Knappton’s and Columbia Marine Lines’ assets in 1984 and 1987, to add more than 30 ships to the fleet.

Premier Ship Models offers replicas of the tugboats of Tidewater Company. Tugboat can be characterised as a boat that manoeuvres vessels by pushing or towing them. Not all tugboats are ocean-going as the ones from the Tidewater Company. The main feature of these vessels is that they are very powerful for their size and strongly built.

Premier Ship Models offer tugboats of this company as perfect replicas, made by skilled artisans employing the use of the best materials. The model ships are built to exact specifications provided by client according to original plans and drawings. These Custom range ship models are built from scratch and are considered as an exceptional piece of modelling craftsmanship. All these features represent the model making quality and expertise of Premier Ship Models.

Please feel free to contact Premier Ship Models with any questions you may have. 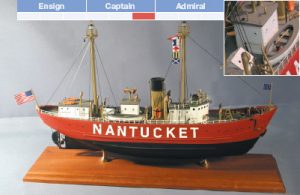 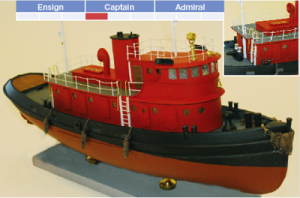 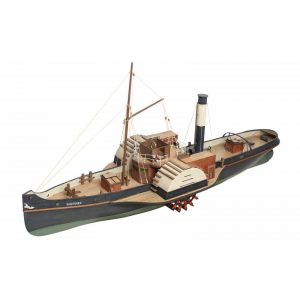 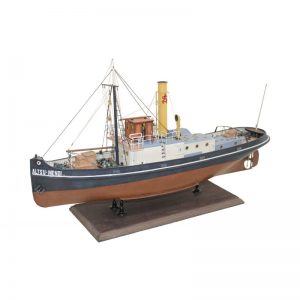 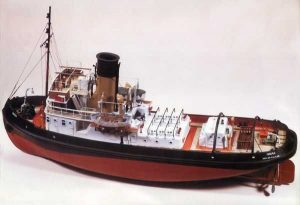