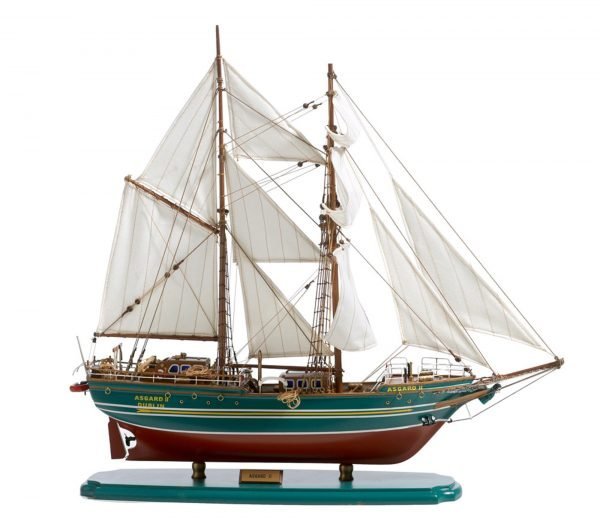 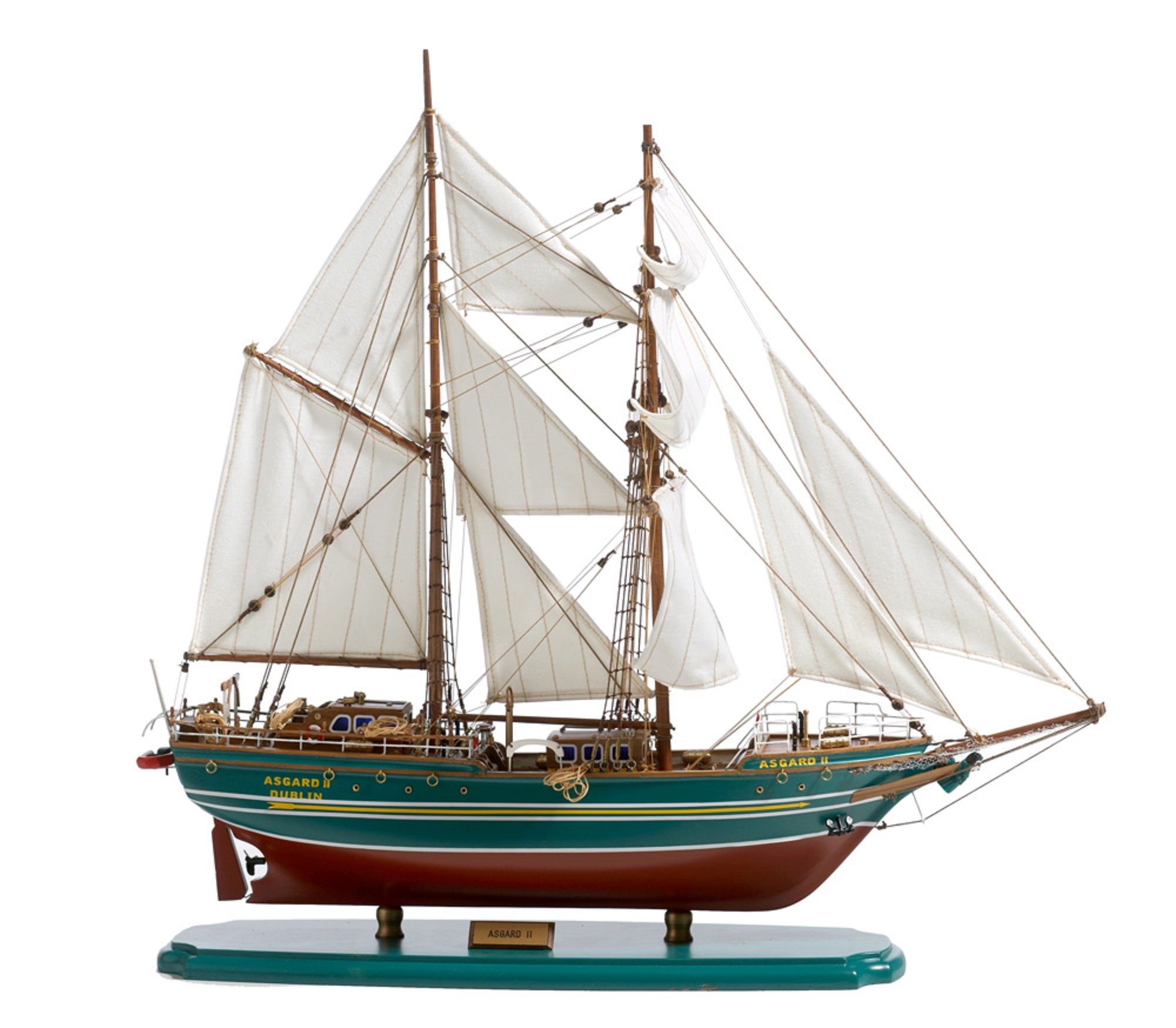 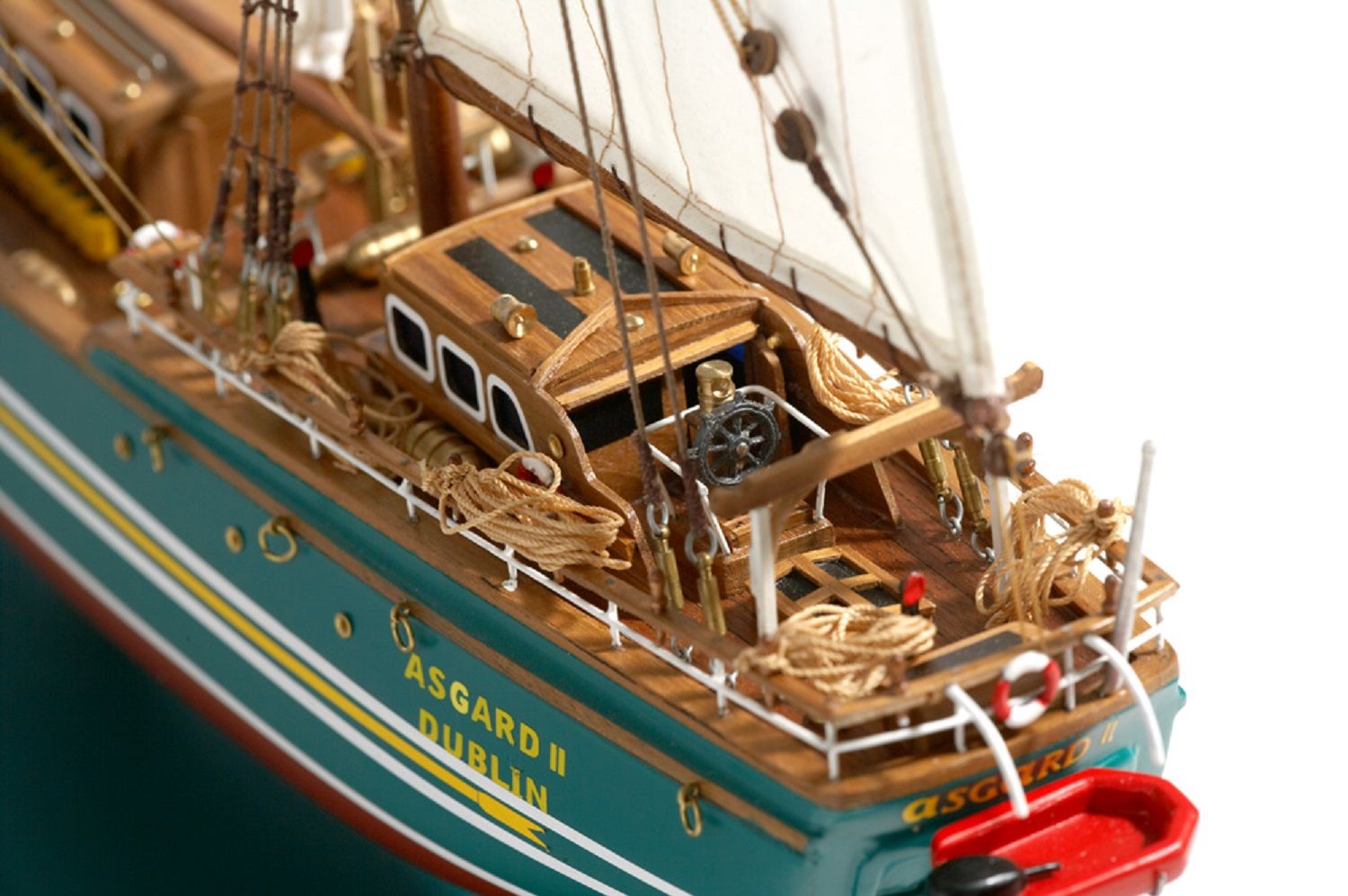 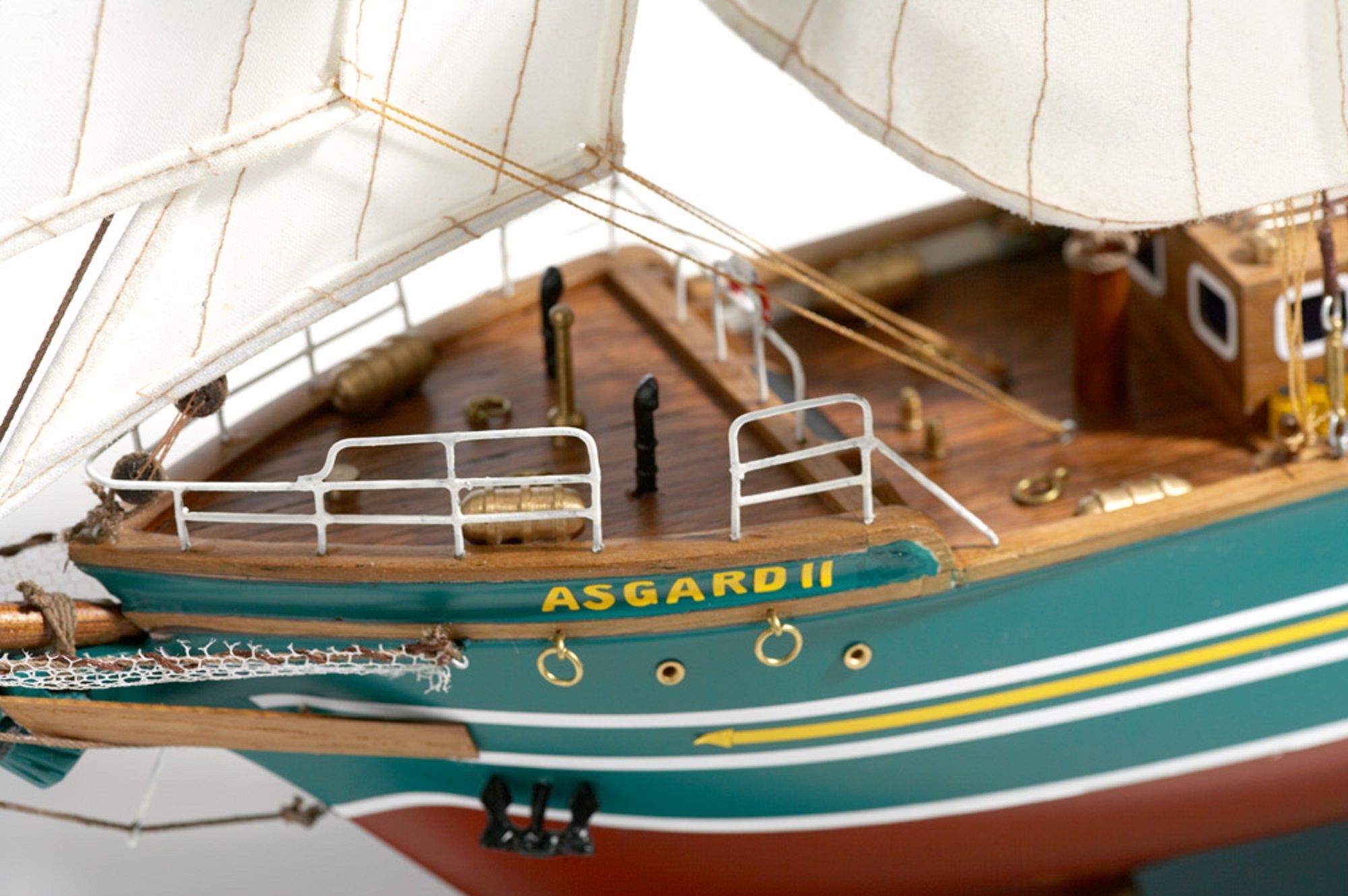 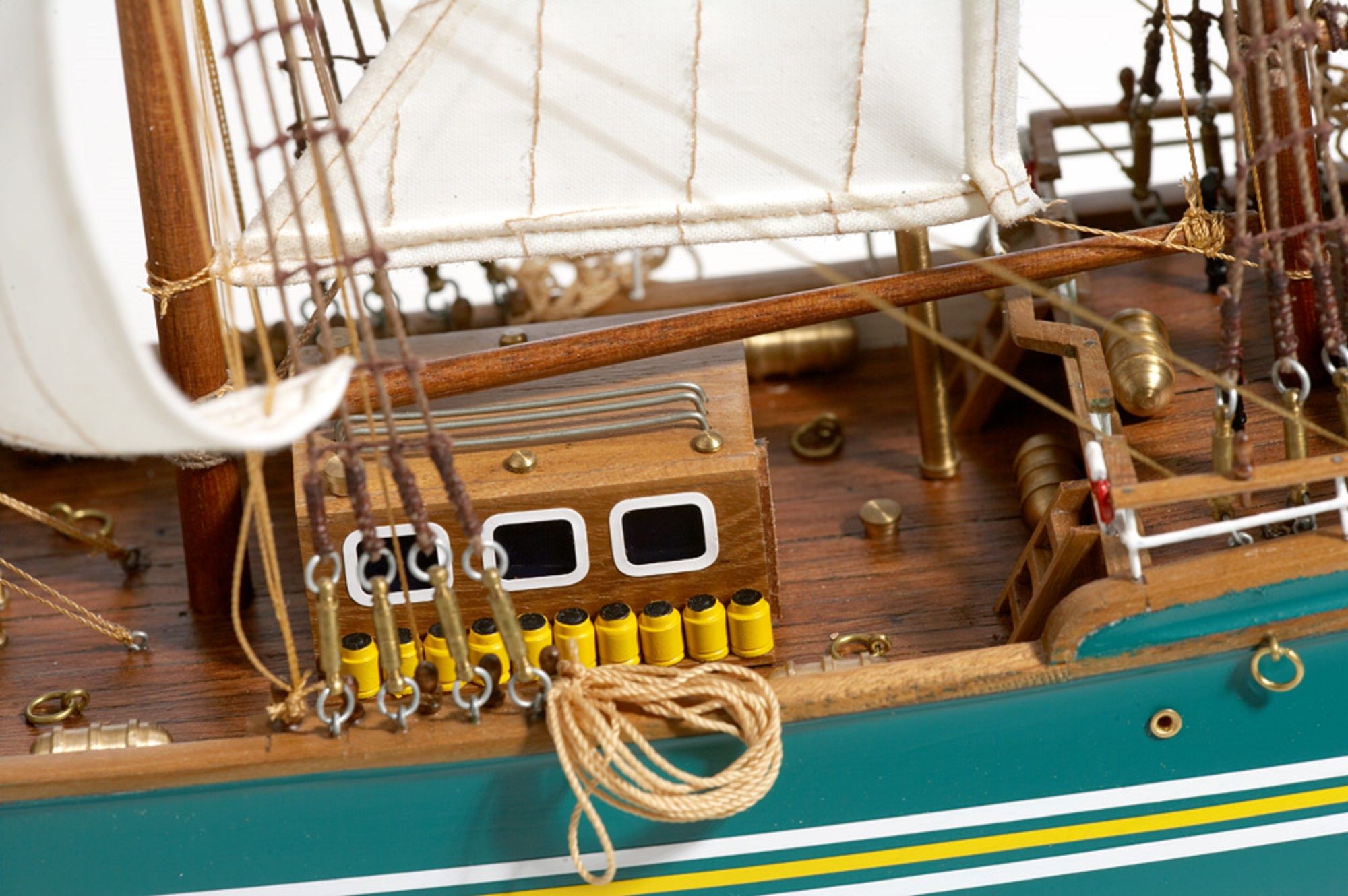 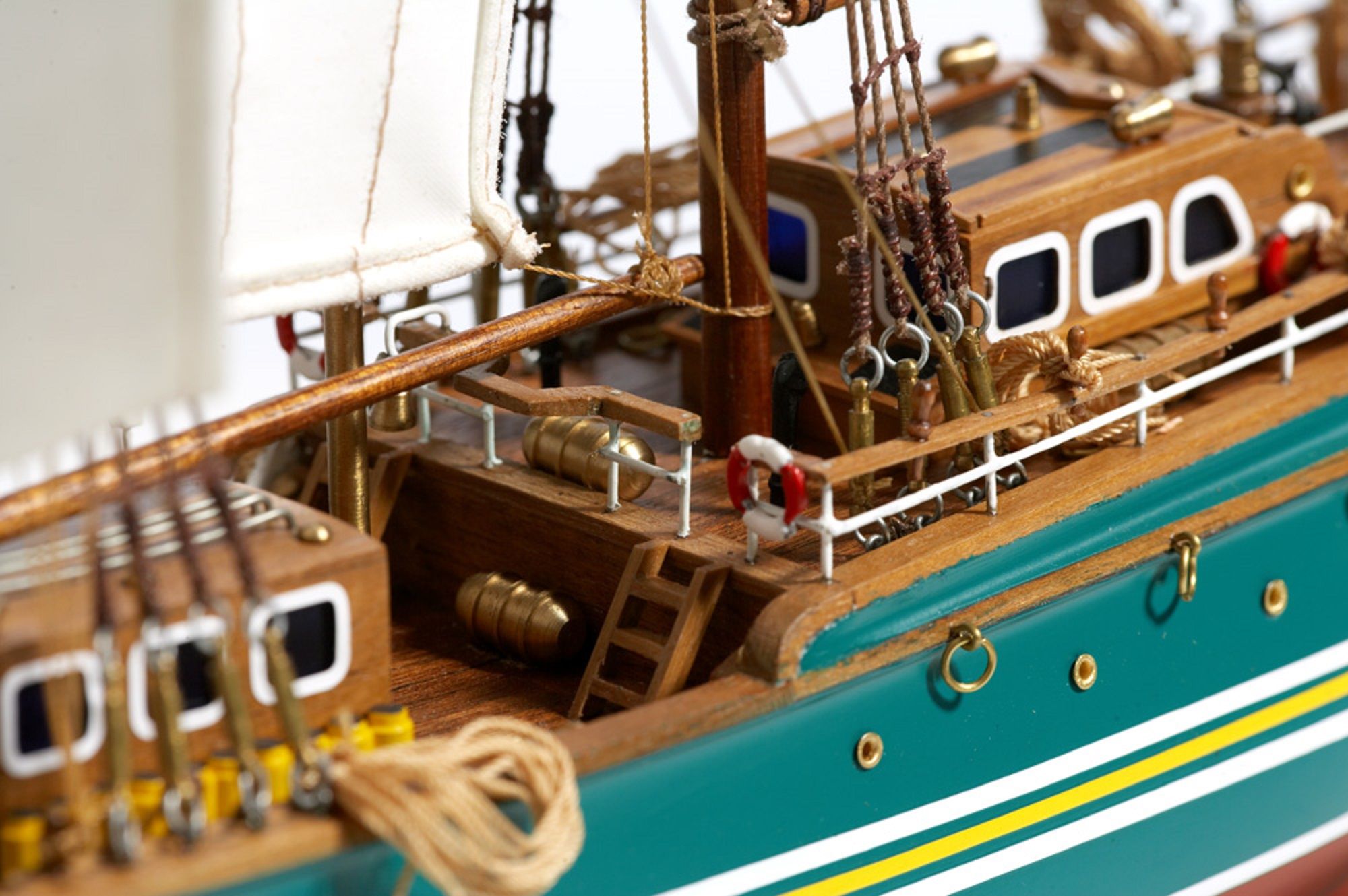 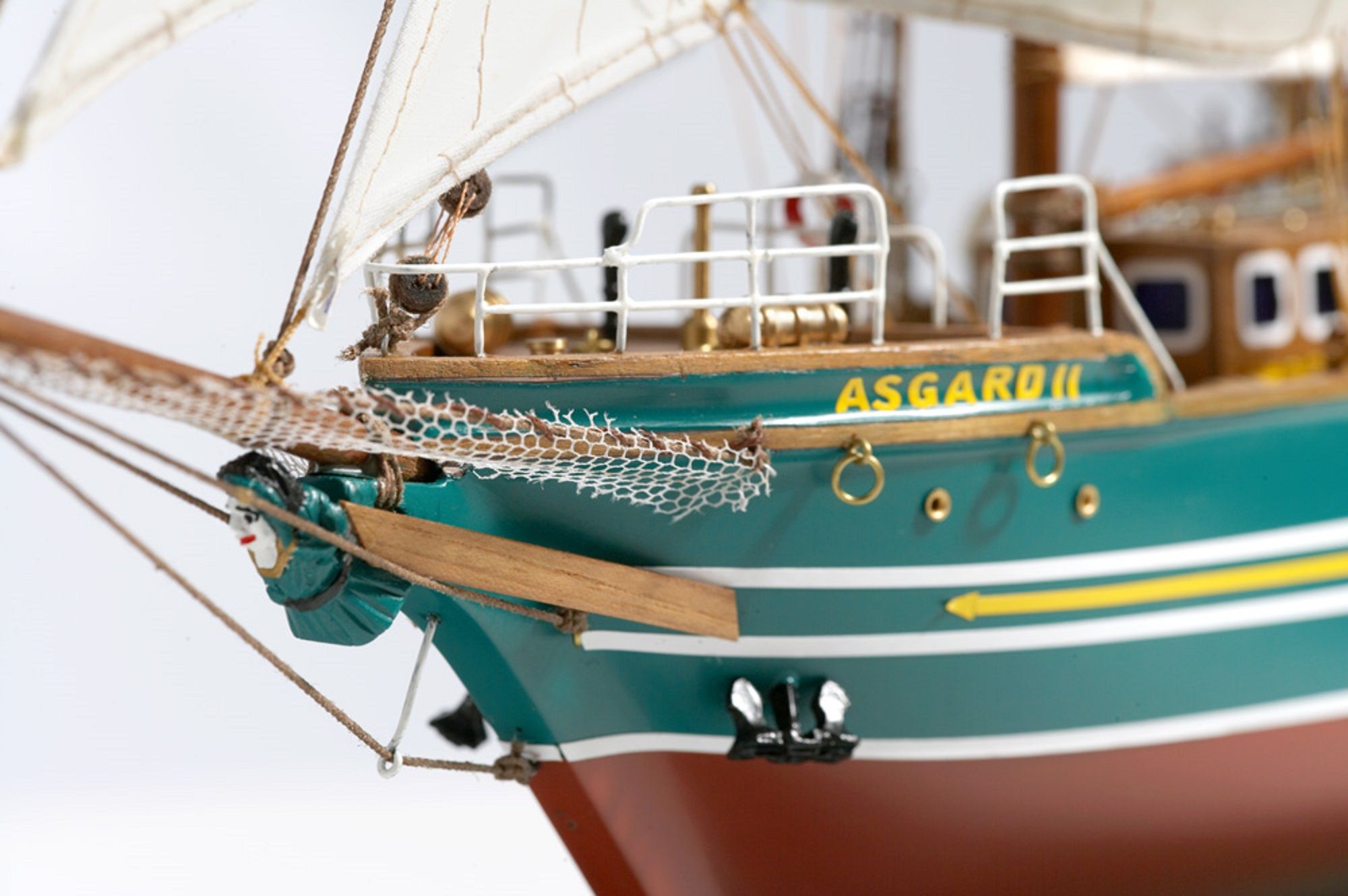 Asgard II Model Ship The Asgard II was an Irish brigantine used for national sail training. It served for 27 years before sinking in the Bay of Biscay on September 11, 2008. Premier Ship Models has one of the best models of the Asgard II model ship for sale in its Custom range, first made many moons ago for a private collector.

The Asgard II – Ireland’s Pride: The Asgard II is fondly remembered in Ireland as the symbol of sail training. Sail training is an educational programme in which instruction in every aspect of sailing is imparted. It is an adventurous and profound learning experience for people of all ages who wish to learn about life at sea. Ireland, being an island nation, has engaged enthusiastically in training sailors since long past.

The Asgard II had taught sailing to over 12,000 people from Ireland and abroad. The Asgard II – A Brief History: The Irish national sail training vessel, the Asgard II, was owned by the government and run by the Coiste an Asgard, a group of government appointed volunteers supported by a public service office under the Department of Defence. It was designed by Jack Tyrrell specifically for sail training. It was built in Arklow, Co. Wicklow and commissioned on March 7, 1981. The Asgard program trained sailors from all walks of life for 27 years.

On September 11, 2008, the ship sank off the coast of France in the Bay of Biscay. Captain Colm Newport and his crew had, however, been successful in evacuating all sailors on board the Asgard II before it met its end. Models of boats, ships and yachts at Premier Ship Models are handcrafted with great detail and precision. We have been in the industry for 12 years and our models are worthy of collections and museums.

Our custom range models come with the additional offer of customised modelling. The Asgard II model ship is in this range. You can choose your display case from our collection, and if you are a collector, we have display cabinets for your model ships as well. Please browse our website or contact us to help you find the perfect model ship for your collection.