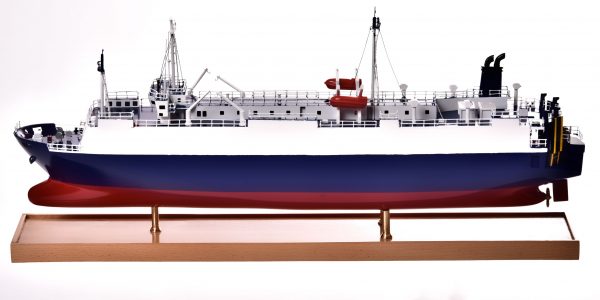 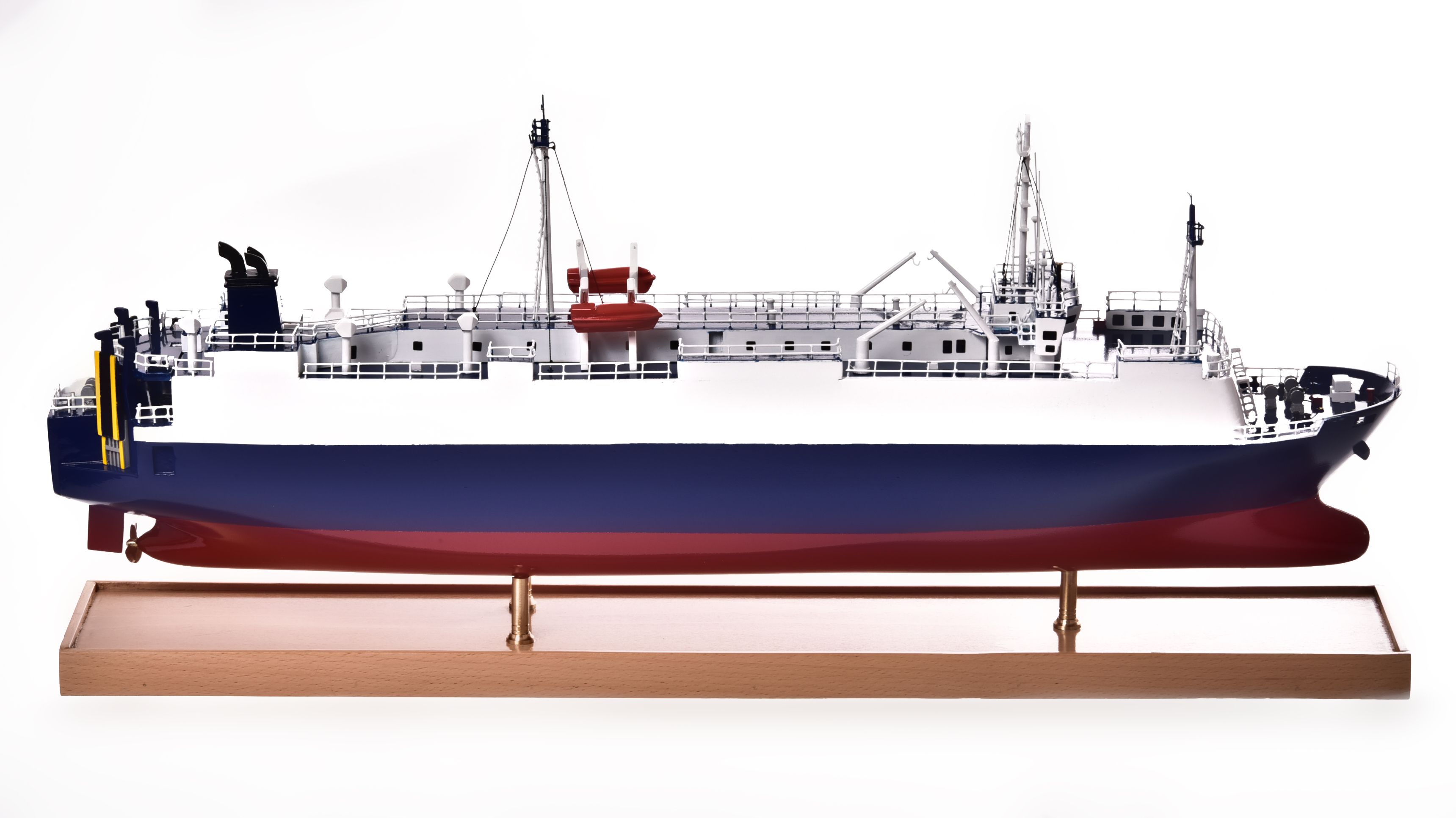 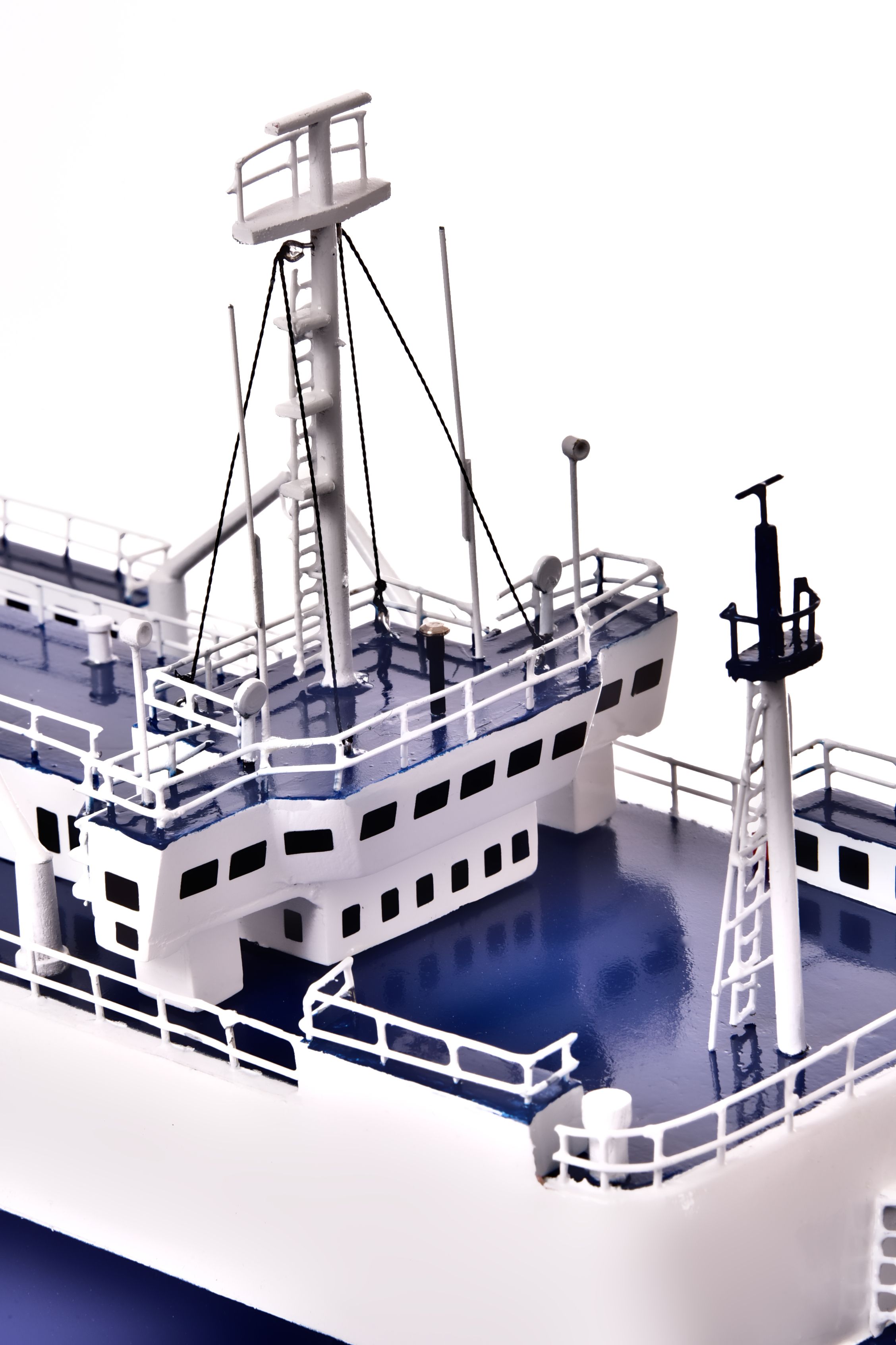 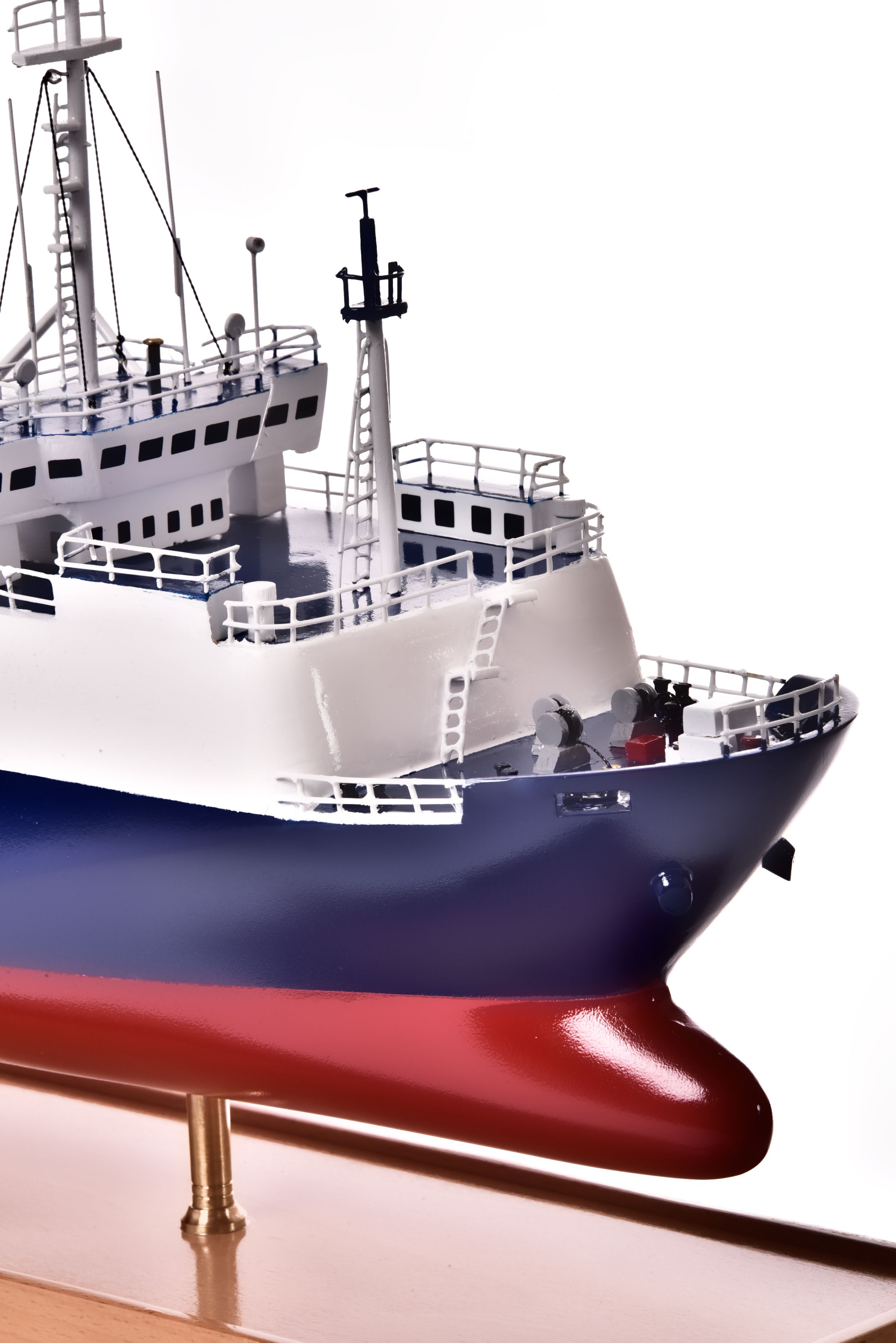 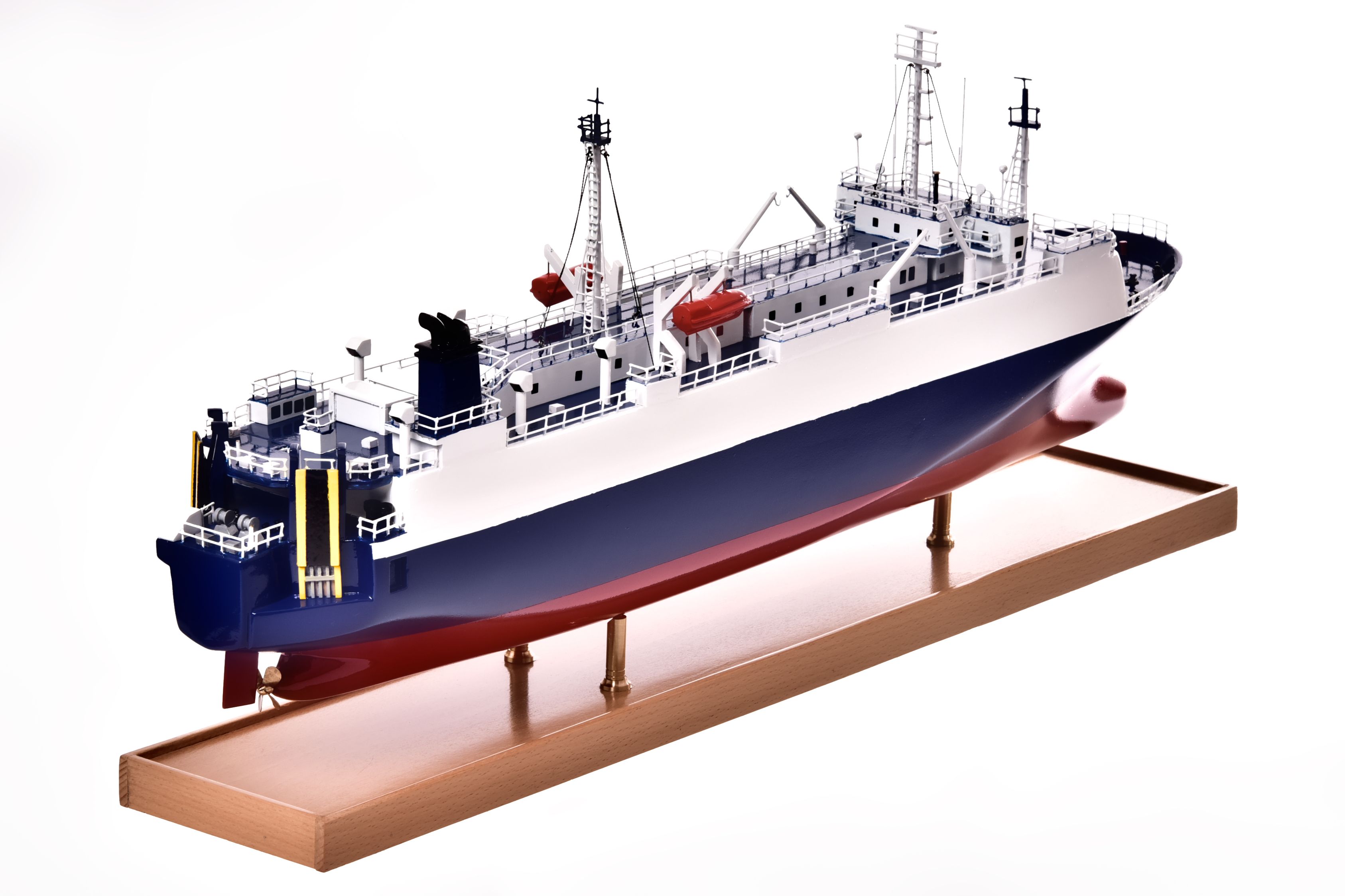 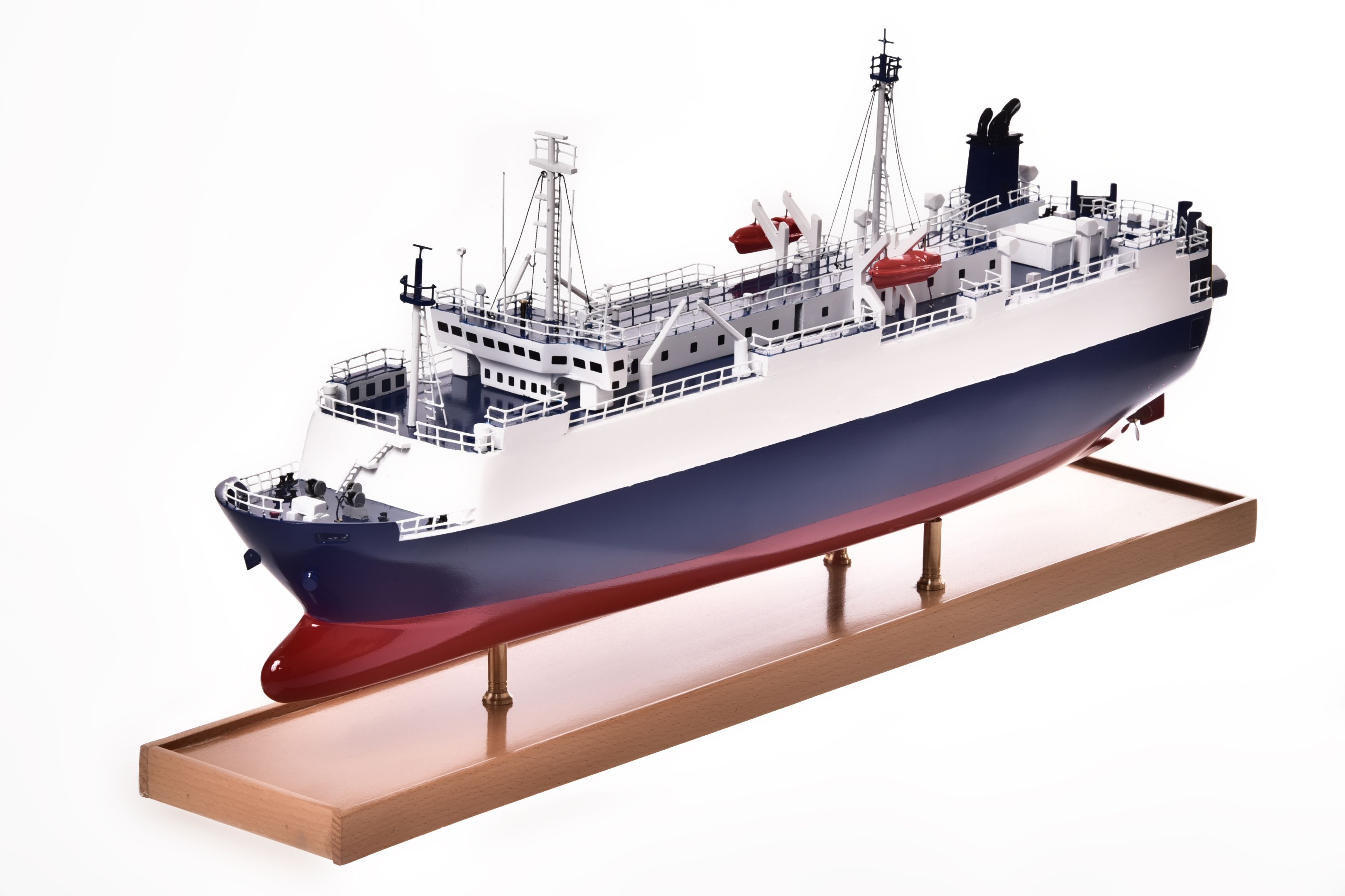 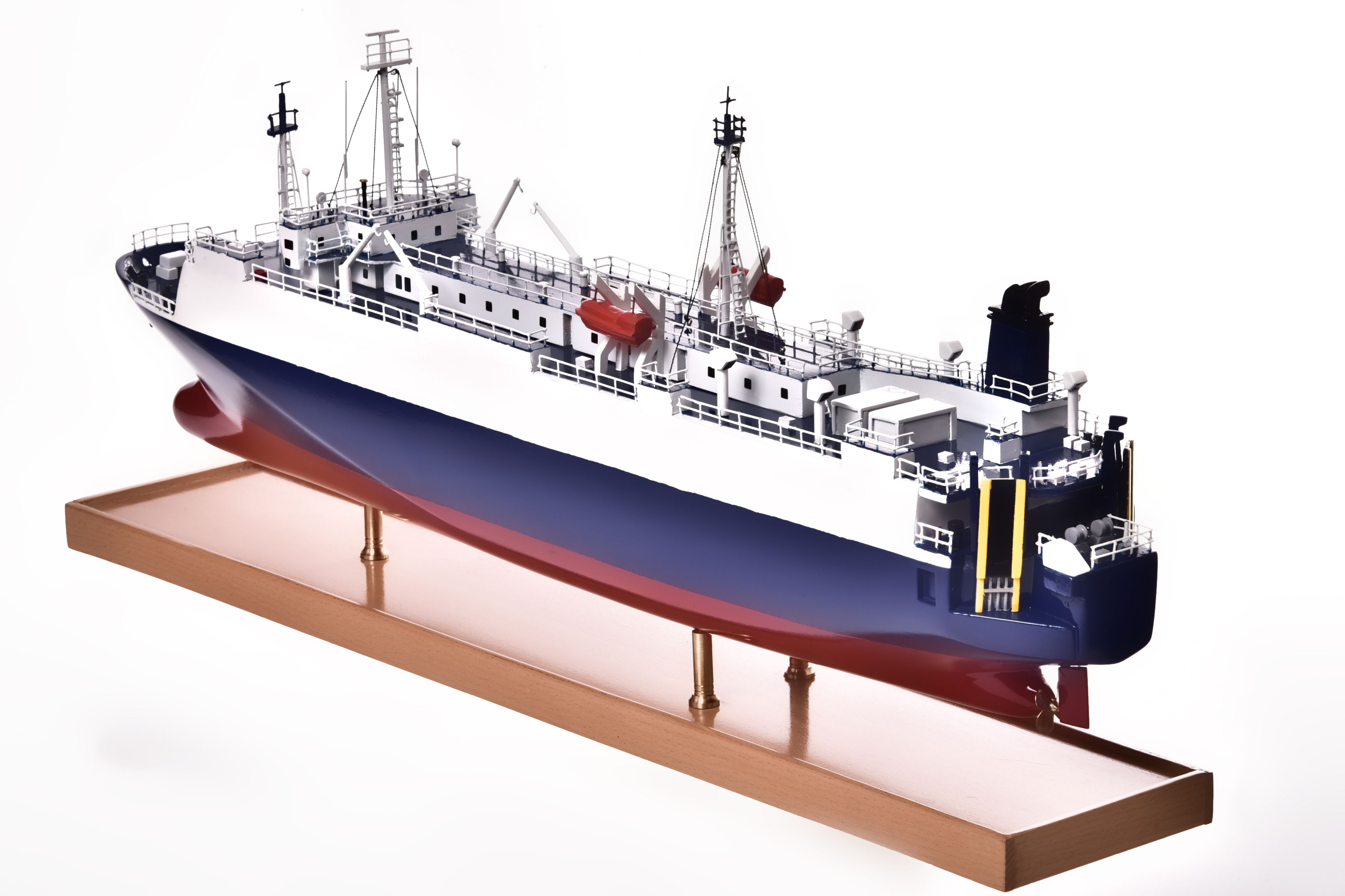 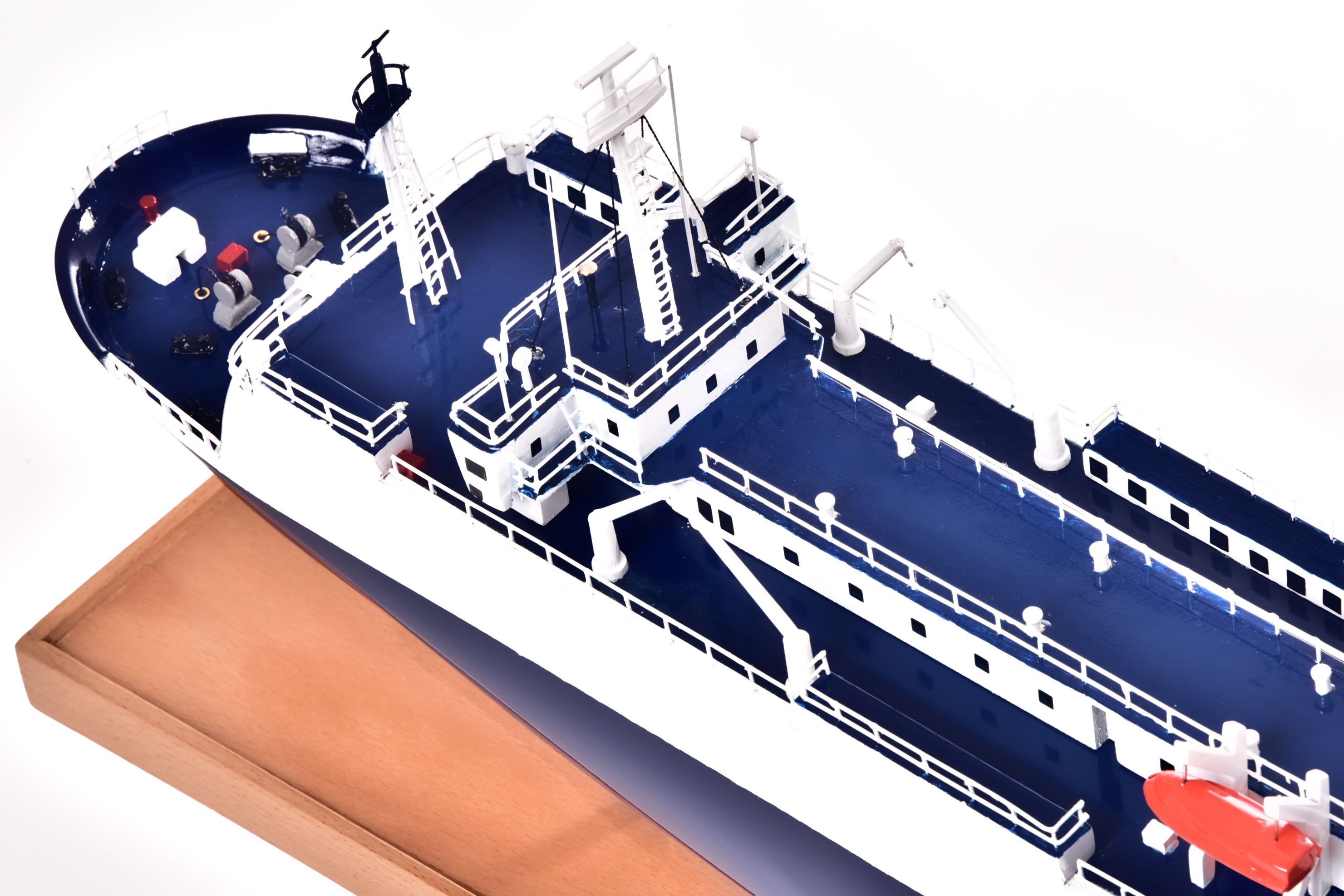 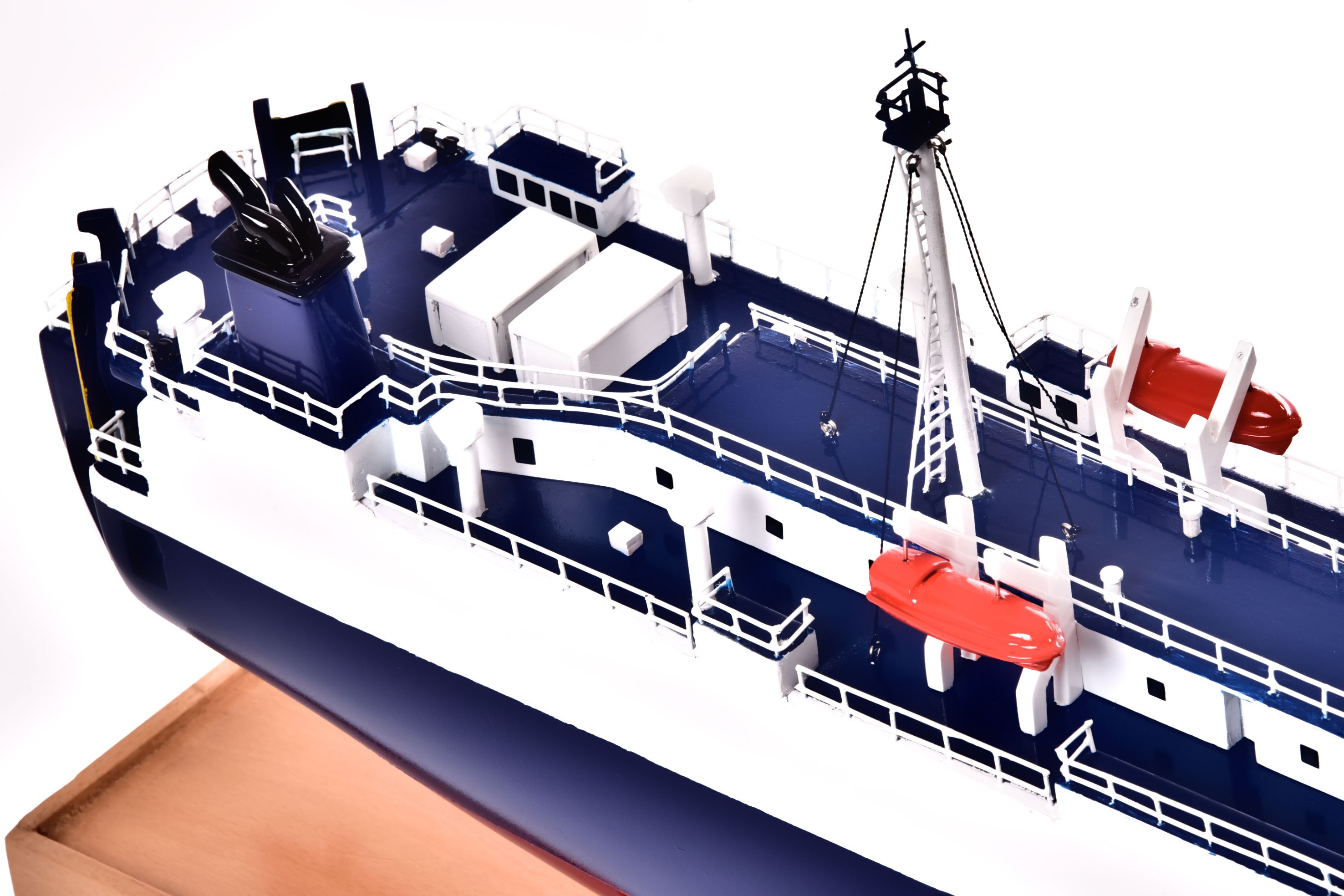 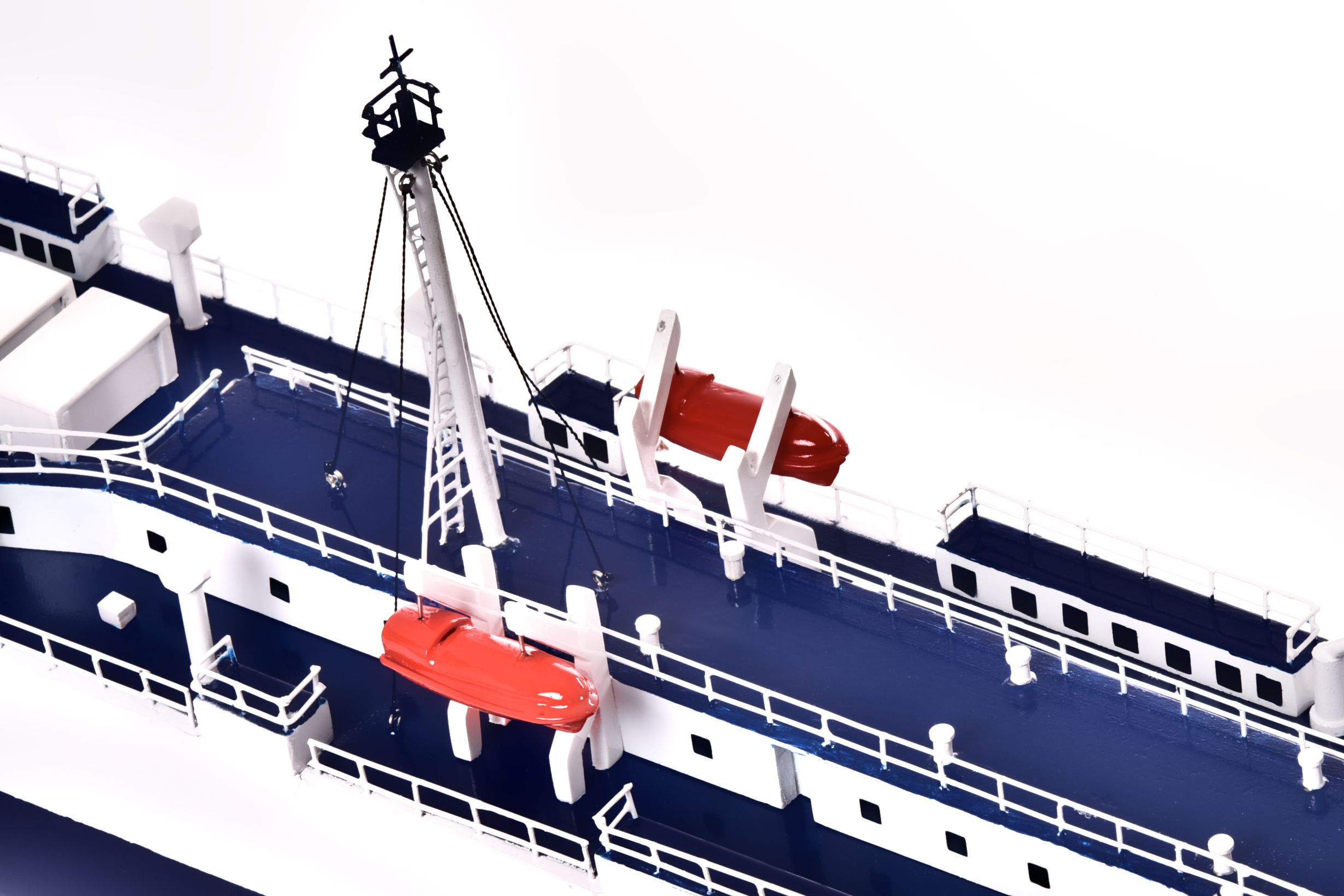 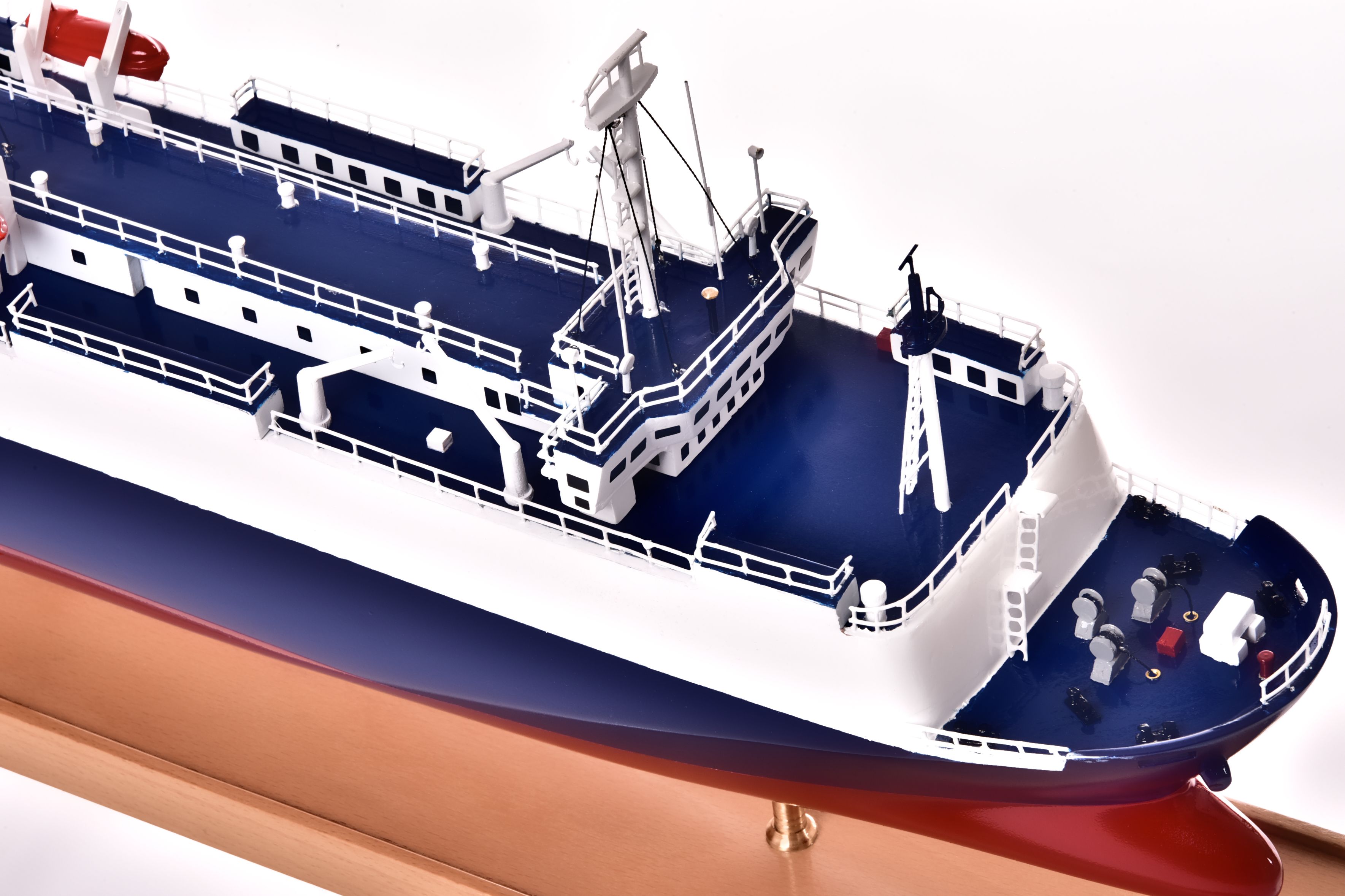 The Single Eagle Ready for Display Model is created from scratch by our expert model makers in our dedicated Mauritian Workshop. She is built predominantly from wood with details being made of high-quality materials. The model is painted to reflect the real ship.

The Single Eagle is exemplary of a Car Carrying Vessel or Roll on Roll off transport vessel (or RORO). The vessels are specifically designed to transport automobiles across the oceans and various sea routes and were most common between the 1960s through to the end of the century. Before the invent of the Roros, it was common for automobiles and other wheeled vehicles to be transported as any other cargo may be transported. This was not convenient as it was an arduous process to fix the vehicles in place and proved to be unsafe and subject to damages meaning it was not suitable for routine travel. The earliest Roll on Roll off vessel is cited as a Train Ferry Service operating on the Forth and Clyde Canal in Scotland by the Monkland and Kirkintilloch Railway in 1833. These Roll on Roll off services remained servicing mostly trains until as late as 1940.

Roros were used in 1940 to evacuate tanks in the evacuation of Dunkirk to great effect. They originally converted GRT Tankers which were built to traverse the restrictive bars of Venezuela for this purpose but soon developed purpose built LST or Tank Landing Ships. Before the end of the Second World War the peacetime capabilities of such vessels were obvious and the first dedicated RORO service for citizens crossed the English Channel in 1953.

The Single Eagle was built in Japan, Tokyo in 1988 and is currently in active service under the Panama Flag. She is 138m long and 21m wide and has a gross tonnage of 14111. She calls Avatiu her Home Port and is currently under ownership of Rana Maritime Services in Beirut, Lebanon.

Be the first to review “Single Eagle” Cancel reply

This Vessel Type is Cargo ship 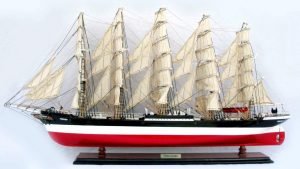 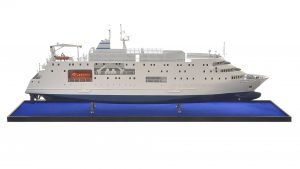 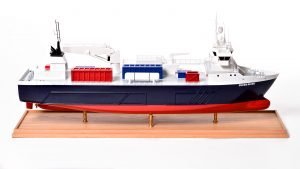 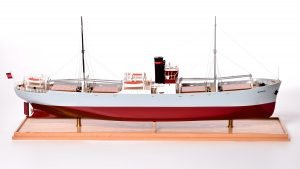